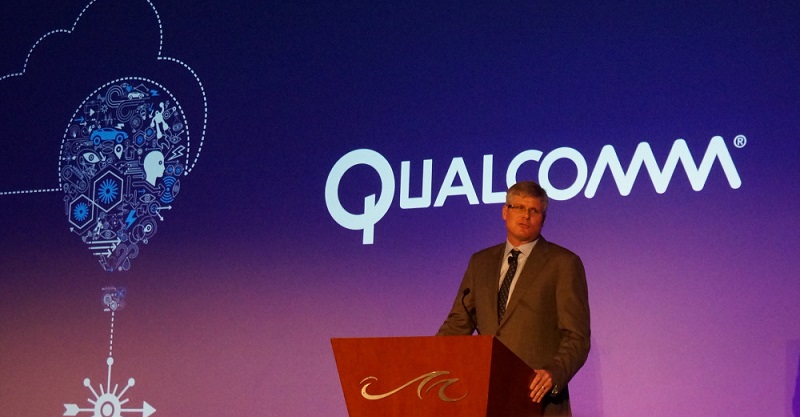 Qualcomm is in the news again for all the wrong reasons. The company has been fined $773 million by the Taiwanese Fair Trade Commission for violating laws by licensing its patents unfairly.

Qualcomm is having a rough time trying to defend its intellectual property business against regulators and other legal battles such as the on-going lawsuit with Apple and the companies it has contracted.

This is actually not the first time the chip maker has been fined as the South Korean Fair Trade Commission had fined Qualcomm $853 million for antitrust violations in 2016. Also, the company had earlier said that it would pay $975 million fine in China along with agreeing to modify its licensing practices.

Even though Qualcomm is a very dominant silicon supplier, the company’s licensing and royalty revenues accounted for roughly 80% of the company’s profits last year.

As one can expect, Qualcomm disagrees with the decision by the Taiwan Fair Trade Commission and intends to seek a stay and appeal the order. You can find the full statement below –

Qualcomm today announced that the Taiwan Fair Trade Commission (TFTC) has reached a decision in the TFTC’s investigation, stating in a press release that certain of the Company’s business practices are in violation of Taiwanese competition law and imposing a fine of approximately $23.4 billion Taiwan dollars (approximately $773 million US dollars at current exchange rates).Qualcomm disagrees with the decision summarized in the TFTC’s press release and intends to seek to stay any required behavioral measures and appeal the decision to the Taiwanese courts after receiving the TFTC’s formal decision, which is expected in the next several weeks. The fine bears no rational relationship to the amount of Qualcomm’s revenues or activities in Taiwan, and Qualcomm will appeal the amount of the fine and the method used to calculate it.