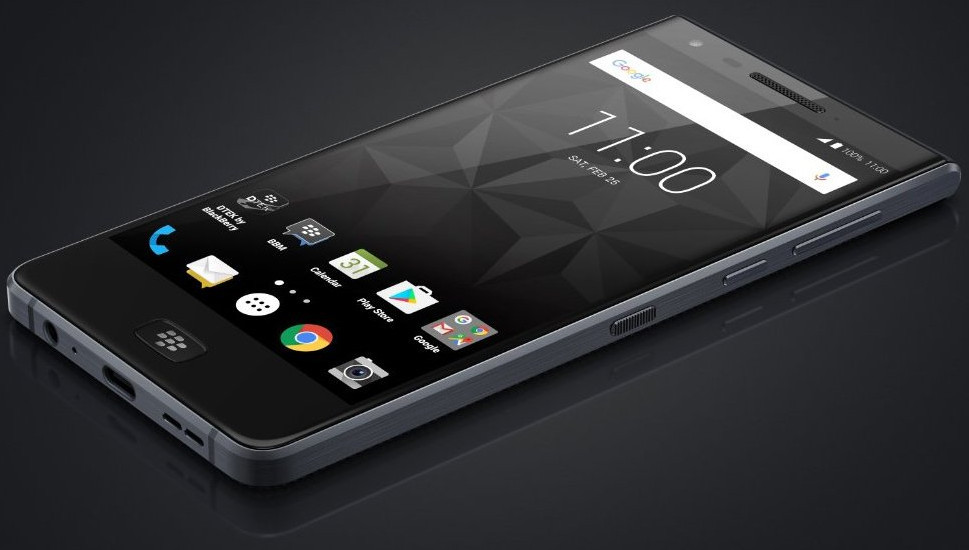 BlackBerry BBD100-1 codenamed Krypton got Bluetooth SIG and Wi-Fi Alliance for certification already. Now @evleaks aka Evan Blass has posted the first press shot of the smartphone and also said that the phone will be released as BlackBerry Motion. It shows a smartphone with a home button with BlackBerry logo on the front on a huge bezel, below the screen.

The image also shows a metal body, several ports and loudspeaker on the bottom and hardware buttons on the right side. François Mahieu, head of global sales for TCL at the IFA confirmed that the phone will have a water-resistant body with IP67 ratings.

According to earlier leaks, rumored specifications of the phone include, 1080p display, Snapdragon 625/626 SoC, 4GB of RAM and a 4000mAh Battery. It should run Android 7.1 (Nougat) since we can’t expect Android Oreo on a mid-range smartphone.

The BlackBerry Motion is expected to go official sometime this October. We will have to wait for few more weeks to find out all the details and the price of the smartphone.