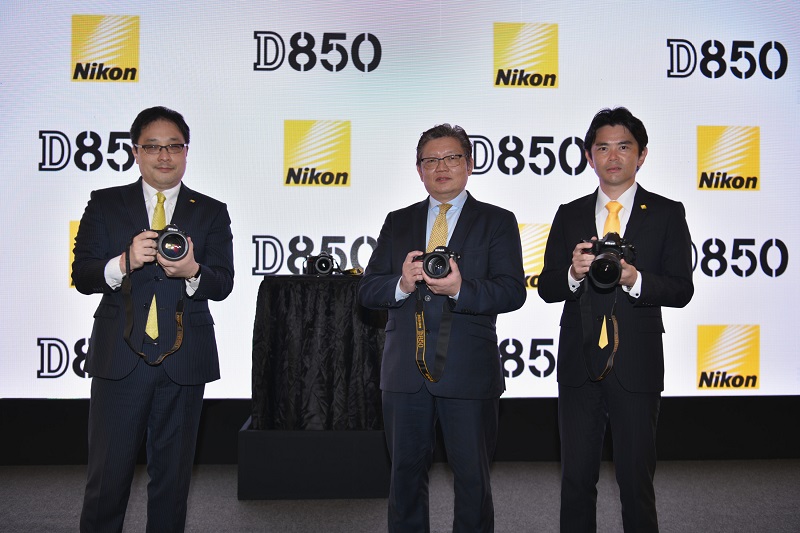 It can shoot up to 7 (frames per second) fps, or 9 fps when using the optional battery grip and an EN-EL18-series battery. The camera can shoot 4K UHD video at 30 or 24 frames per second and 1080p video at up to 120 fps. It can record uncompressed 4:2:2 8-bit 4K UHD footage to an external recorder over the HDMI port while recording locally to a card at the same time. In addition, there is a 8K time-lapse video mode. ISO ranges from 64 to 25,600, but is expandable from 32-102,400. There is support for dual memory card with one XQD and one SD slot (change from CompactFlash and SD); radio control speedlight; 180,000-pixel RGB sensor for metering; 1:1 square crop mode; focus stacking and more.

The D850 has a big viewfinder with 0.75x magnification, the highest ever in a Nikon DSLR, according to the company. The camera has added SnapBridge tech which uses Bluetooth Low Energy for always-on, automatic image transfers to an iOS or Android device. There is Auto Picture Control, with which the camera automatically fine-tunes images in accordance with the scene.