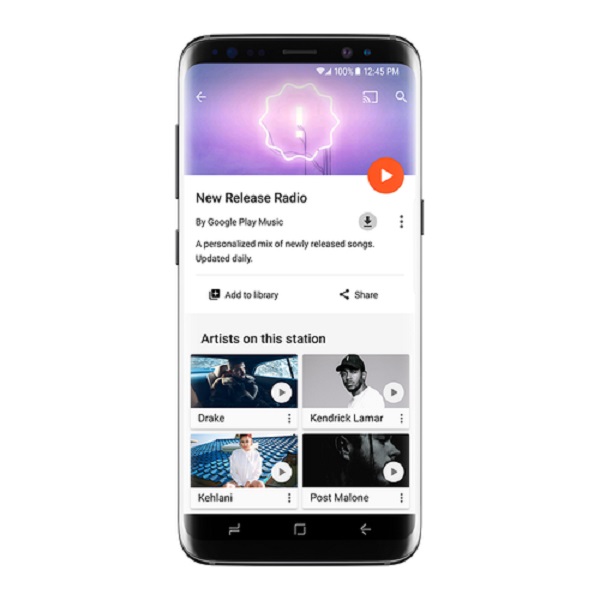 Google has released the New Release Radio to Play Music for all users. The company had rolled out this feature for Samsung Galaxy S8 and S8+ last month. However, a workaround allowed non Samsung users to access the feature.

Earlier in April, Google and Samsung teamed up to make Play Music as the default music player on Samsung phones globally. New Release Radio offers personalized music of new releases that is updated on daily basis. The station uses machine learning to select singles and album releases from the past two weeks based on your listening history and musical preferences.

Anyone can listen to New Release Radio including those who use the free, ad-supported portion of Google Play Music