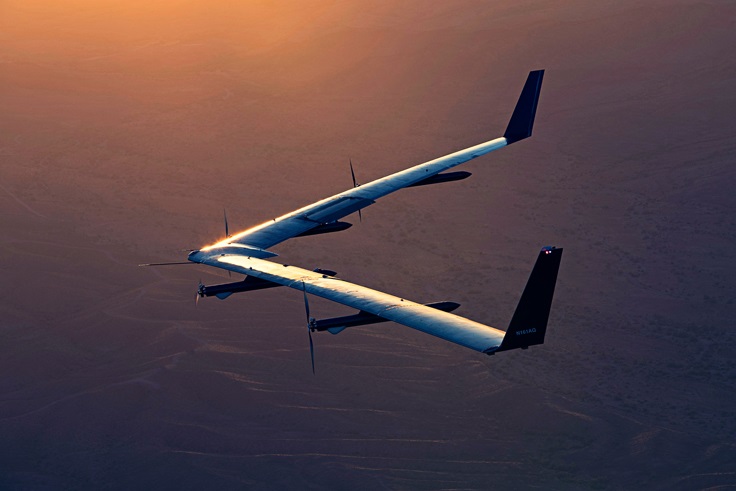 Facebook has successfully completed second full-scale test flight of the internet drone Aquila. The aircraft flew for 1 hour and 46 minutes, and landed perfectly on our prepared landing site.

Announced in 2015, Aquila is a solar powered drone aimed at providing internet access to remote areas. Aquila made its first full flight last June, though it crashed on landing after the 96-minute flight in Yuma, Arizona. Facebook says it has improved Aquila based on the lessons the drone crew learned from the first unsuccessful flight. The climb rate – at 180 ft/min – was nearly twice as fast as on our first flight. Facebook says it has added “hundreds of sensors” to gather additional data; modified the auto-pilot software. The craft has no landing gear and lands on Kevlar pads attached to the motor pods.

We flew lengthy test points at constant speed, heading, and altitude to measure the airplane’s drag. The data from these “trim shots,” as they’re called, will be used to refine our aerodynamic models, which help us predict the energy usage and thus optimize for battery and solar array size.