Moto Z2 Play in the latest ‘Moto Z2’ series went official recently, but roadmap that surfaced last month revealed Moto Z2 Force and the Moto Z2 is also in the works. Now the Moto Z2 has surfaced on Geekbench listing confirming some of the specifications of the smartphone. 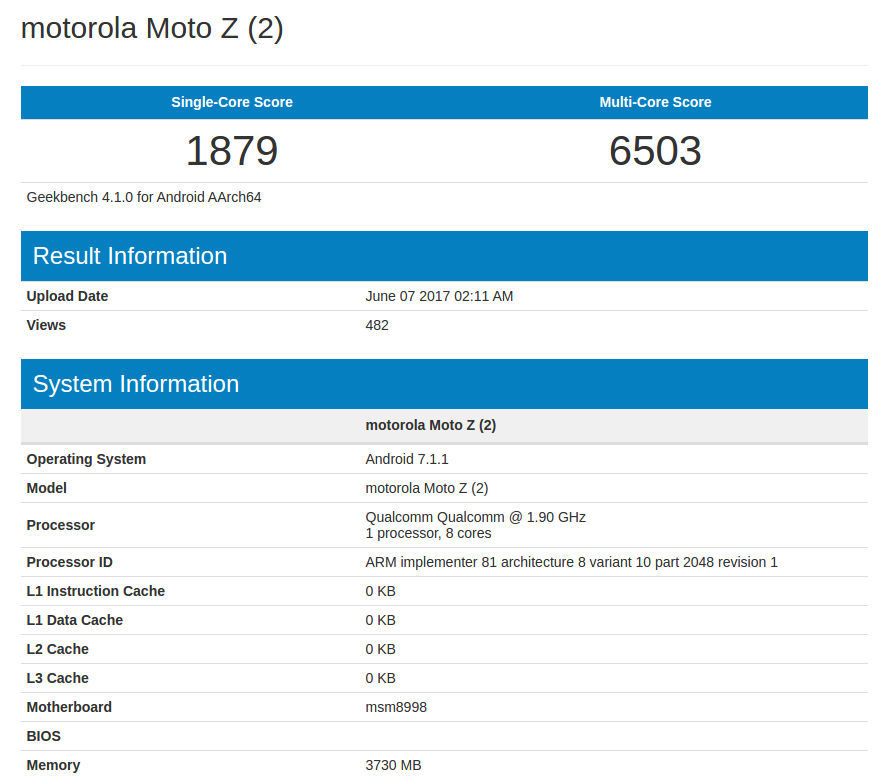 According to the benchmark listing, the Moto Z2 will be powered by the latest Octa-Core Snapdragon 835 processor, pack 4GB of RAM and run Android 7.1.1 (Nougat). It doesn’t reveal

According to earlier rumors the Moto Z2 is expected to come with a 5.5-inch Quad HD screen and come with dual rear cameras along with dual-tone LED flash for both front and rear cameras.

The design is expected to be similar to the Moto Z2 Force that surfaced in press shot last month, with a fingerprint sensor on the front, below the display and a Moto logo both on the front and back. Motorola roadmap for 2017 already revealed 1Gbps LTE support and ShatterShield, shatterproof display for the top-end Moto Z2 Force.