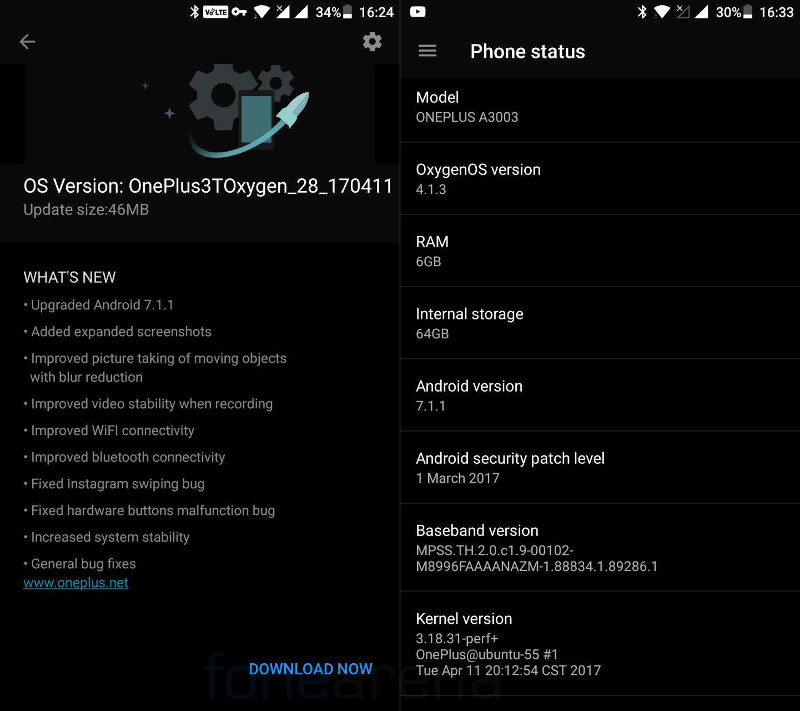 OnePlus today started rolling out OxygenOS 4.1.3 update for the OnePlus 3 and OnePlus 3T smartphones. This has similar changelog as the OxygenOS 4.1.0 update that rolled out last month, and even has the same Android security patch for March, 2017, but this includes fixes for Instagram swiping bug and hardware buttons malfunction bug.

OnePlus said that OTA will be incremental and will reach a small percentage of users today, and broader roll out will happen in a few days.