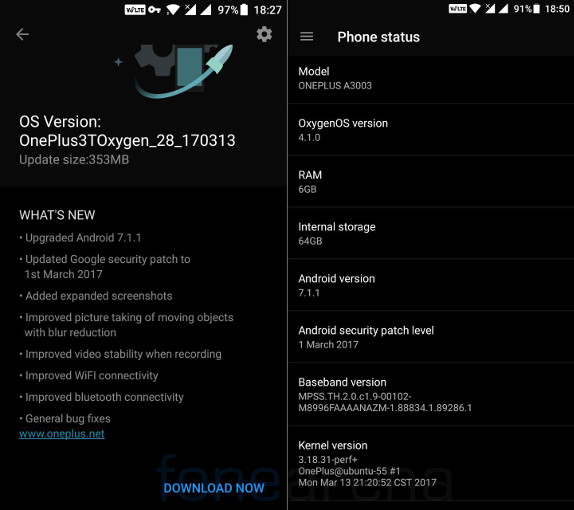 The OTA update for both the OnePlus 3 and OnePlus 3T is 353MB in size and is gradually rolling out for a small percentage of users, and the broader rollout will happen in the next few days.