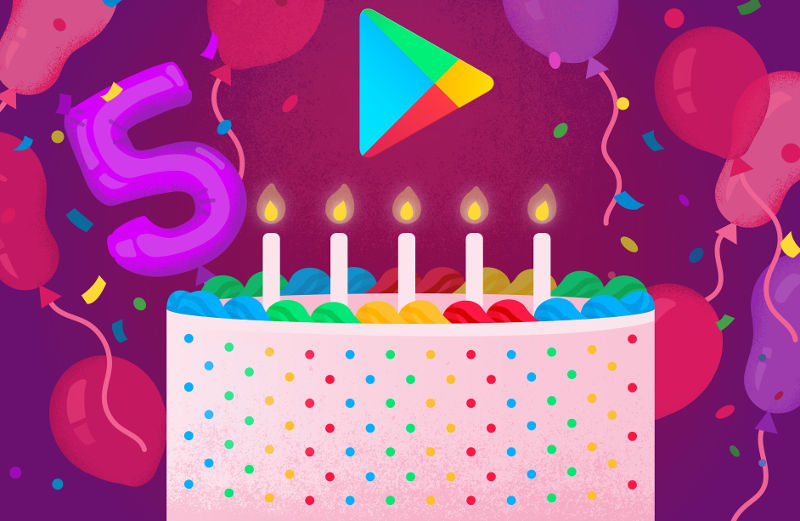 Google Play is now five years old, and Google has shared the top 5 most popular games, apps and more in the U.S. since it launched Google Play on March 6, 2012. It also said that these are download only and doesn’t include pre-installed apps on Android devices.

Google Play Store and Android apps were initially launched only on smartphones and tablet, now now these are available on Chromebooks, Android Wear devices and Daydream.