The worldwide wearables market reached a new all-time high as shipments reached 33.9 million units in the fourth quarter of 2016 (4Q16), growing 16.9% year over year, according to data from the International Data Corporation (IDC) Worldwide Quarterly Wearable Device Tracker. Shipments for the entire year grew 25% as new vendors entered the market and previous leaders refreshed their product lineups. A total of 102.4 million devices were shipped in 2016. 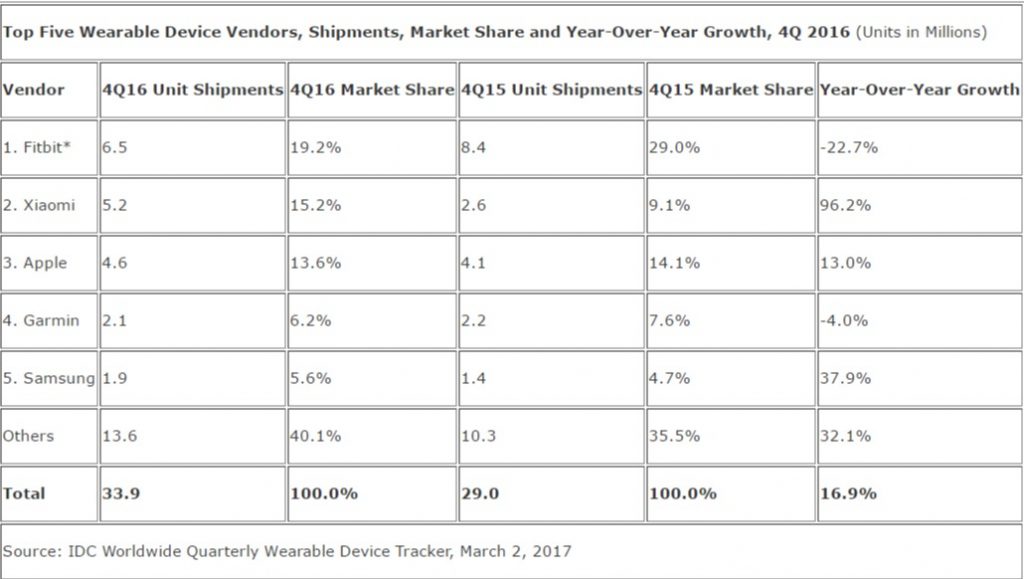 Like any technology market, the wearables market is changing. Basic wearables started out as single-purpose devices tracking footsteps and are morphing into multi-purpose wearable devices, fusing together multiple health and fitness capabilities and smartphone notifications. It’s enough to blur the lines against most smart wearables, to the point where first generation smartwatches are no better than most fitness trackers. Meanwhile, smart wearables are also evolving. Health and fitness remains a major focus, but once these devices become connected to a cellular network, expect unique applications and communications capabilities to become available. This will also solve another key issue: freeing the device from the smartphone, creating a standalone experience. 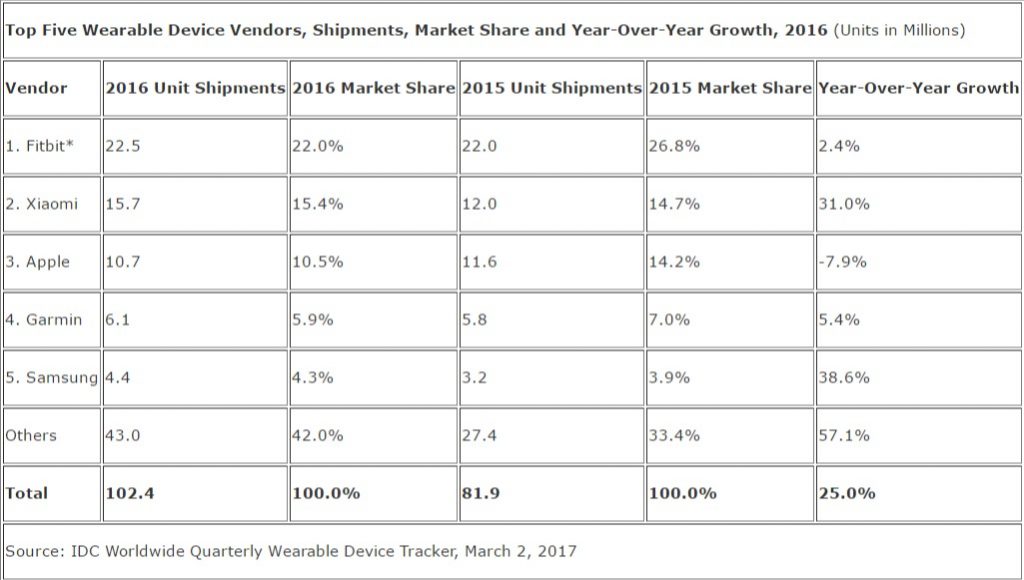 With the entrance of multiple new vendors with strengths in different industries, the wearables market is expected to maintain a positive outlook, though much of this growth is coming from vendor push rather than consumer demand. As the technology disappears into the background, hybrid watches and other fashion accessories with fitness tracking are starting to gain traction. This presents an opportunity to sell multiple wearables to a single consumer under the guise of ‘fashion.’ But more importantly, it helps build an ecosystem and helps vendors provide consumers with actionable insights thanks to the large amounts of data collected behind the scenes.