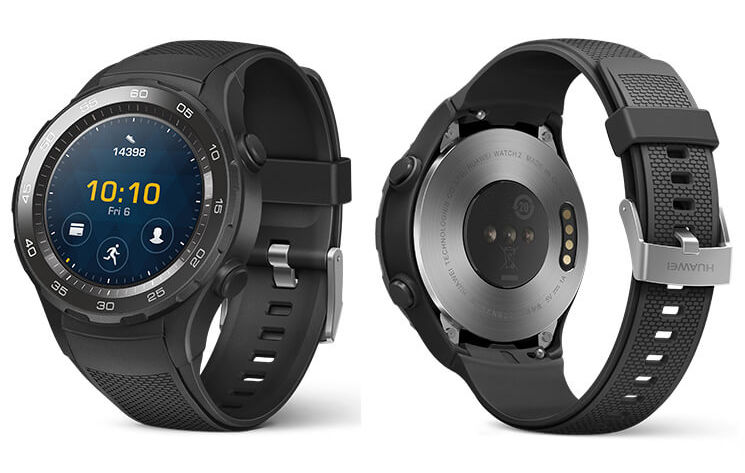 Huawei CEO Richard Yu recently confirmed that the company will unveil its second-generation smartwatch dubbed as Huawei Watch 2 at the MWC 2017 in Barcelona this month. Thanks to @evleaks, press images of the smartwatch has surfaced showing off its stainless steel back, heart rate sensor along with charging contacts on back. It will feature ‘sportier’ look, come with cellular capabilities and run Android Wear 2.0. 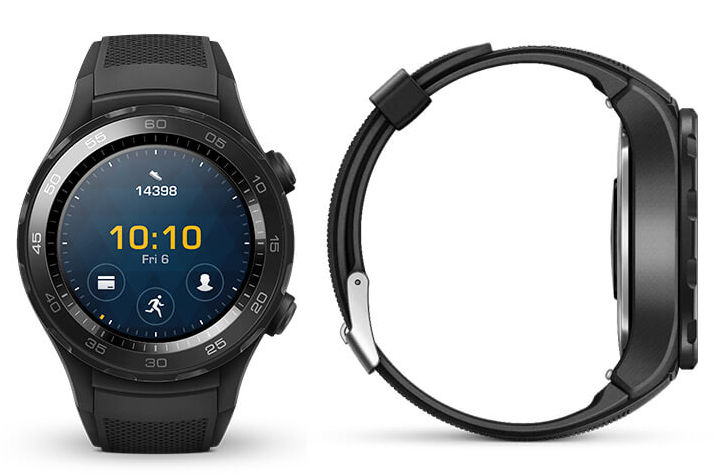 According to earlier rumors, the Huawei Watch 2 will support cellular connectivity that will allow users to make and receive phone calls using a built-in e-SIM card will allow the watch to remain connected without a WiFi or Bluetooth connection. 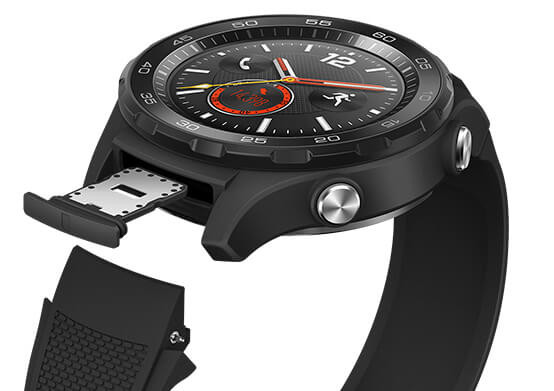 Press shots show the smartwatch in black, orange, and a speckled gray color variants with silicone bands. It is not clear if there will be a premium version of the watch with a metal band.