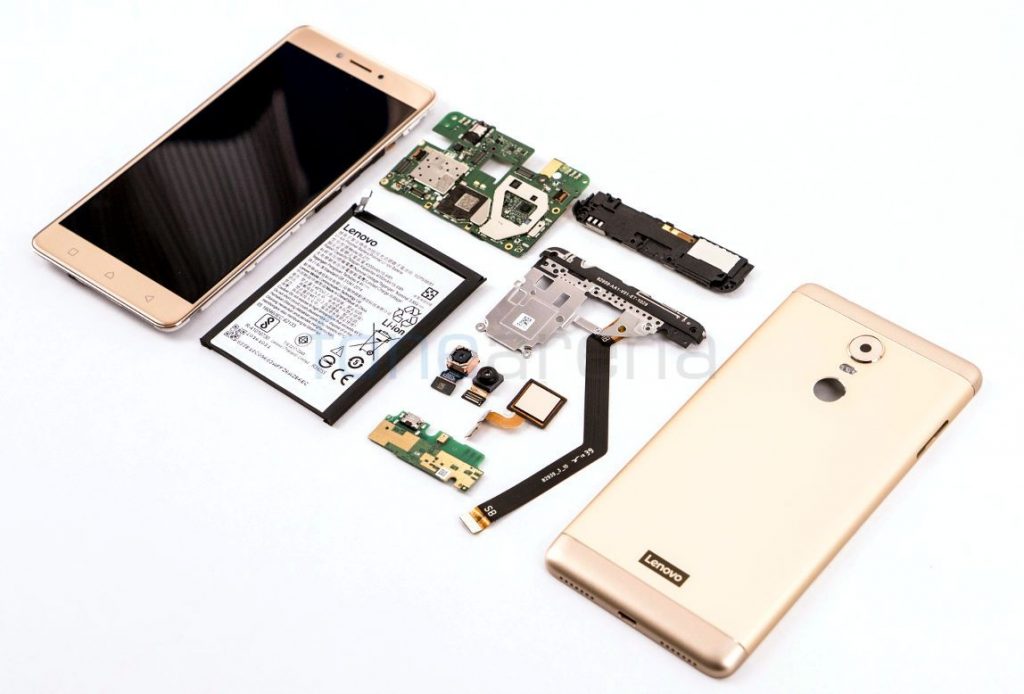 Lenovo launched K6 Note smartphone in India back in December starting at Rs. 13999. The successor of Vibe K5 Note comes with a better camera and a larger battery. Even though this has a familiar design and similar specifications as the predecessor, there are a lot of components that go into making the device what that might not be revealed on a regular specs sheet. We did a teardown of the device to see what it packs on the inside. Let’s take a peek. 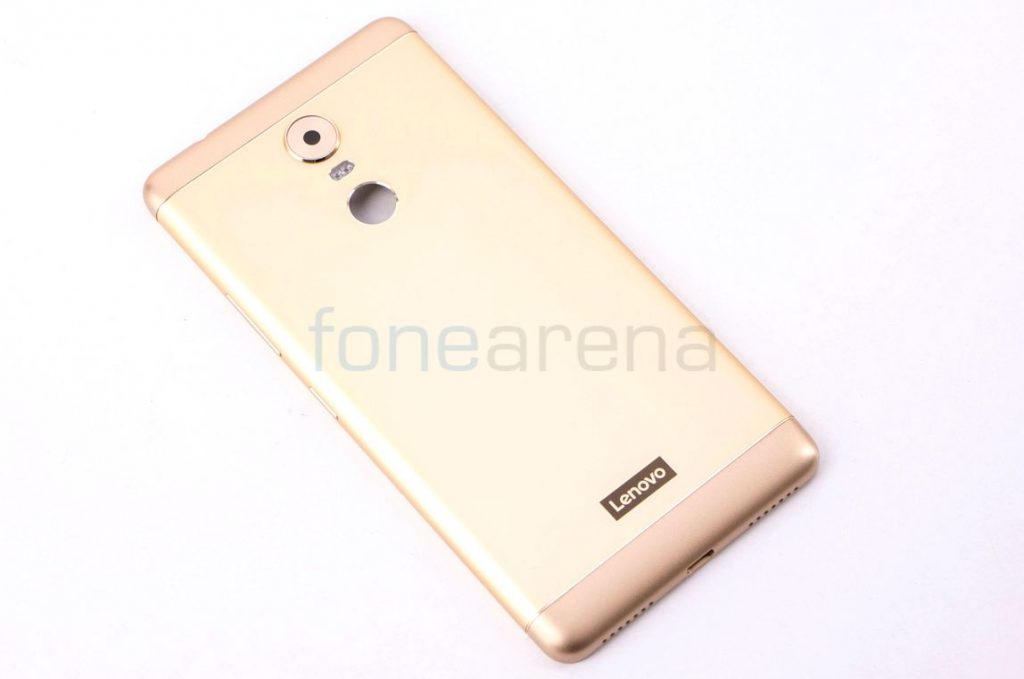 We started off by switching off the device and removing the hybrid sim card slot. Since the phone doesn’t have any visible screws on the outside we opened the back cover with slim plastic tool. 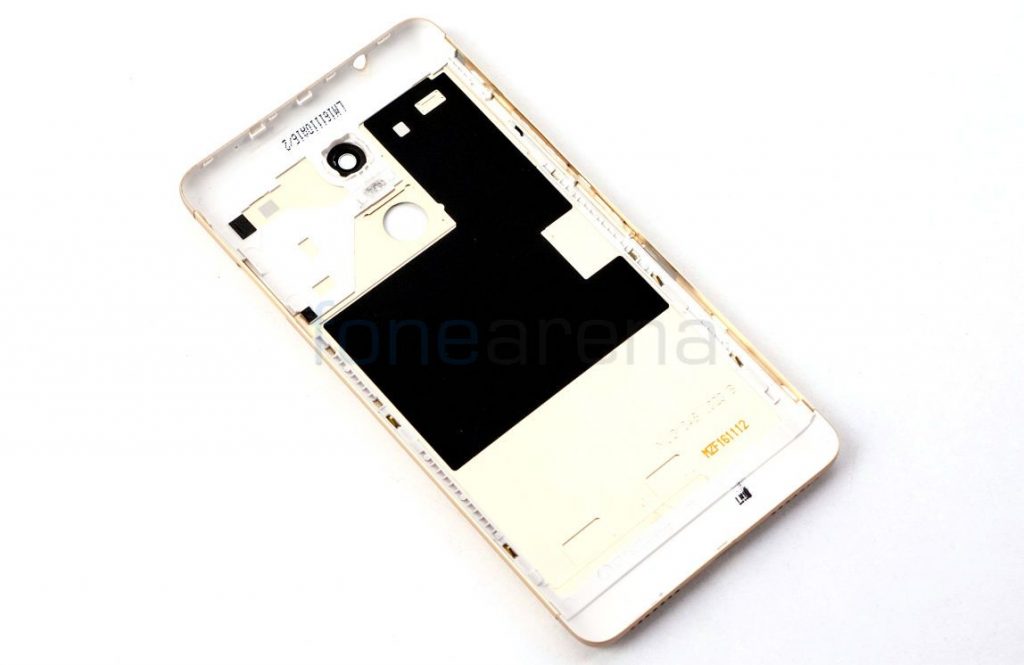 The major part of back cover is made out of aluminum . The top and bottom part of the back cover are in plastic to improve signal strength. 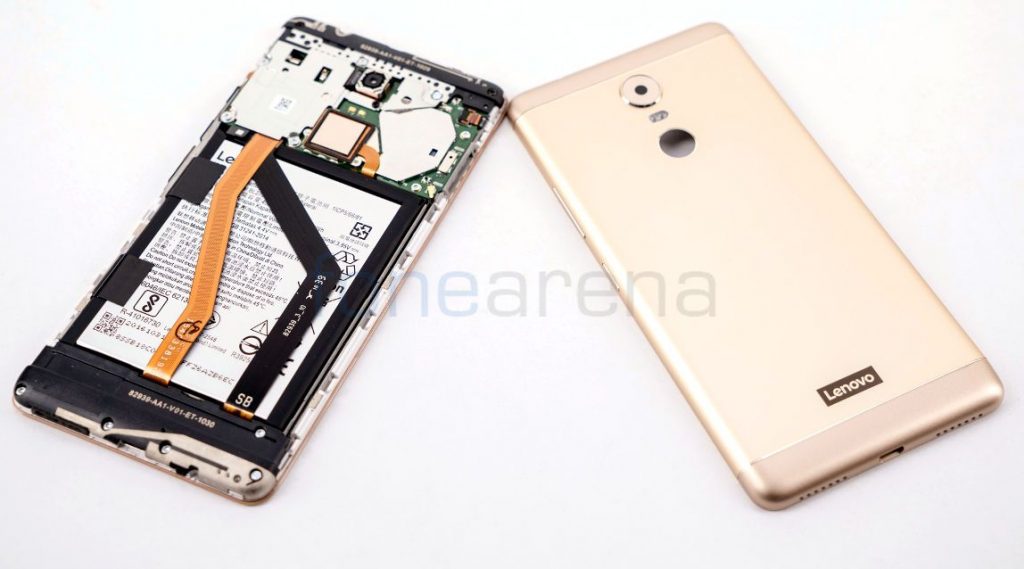 There are five silver torx screws and three black torx screws holding down the metal bracket. This metal bracket along with plastic top cover have some small circuits to improve the cellular and WiFi coverage strength. 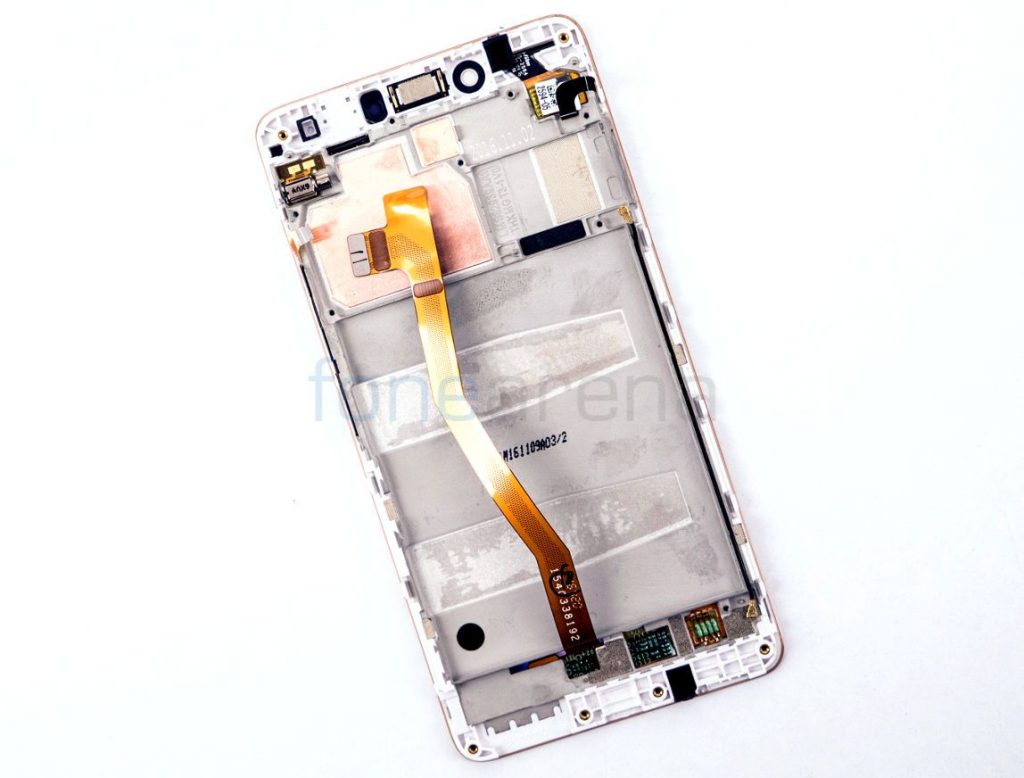 Now we disconnect the ribbon cables connected to the main logic board such as display cable and battery connector and micro USB assembly cable. 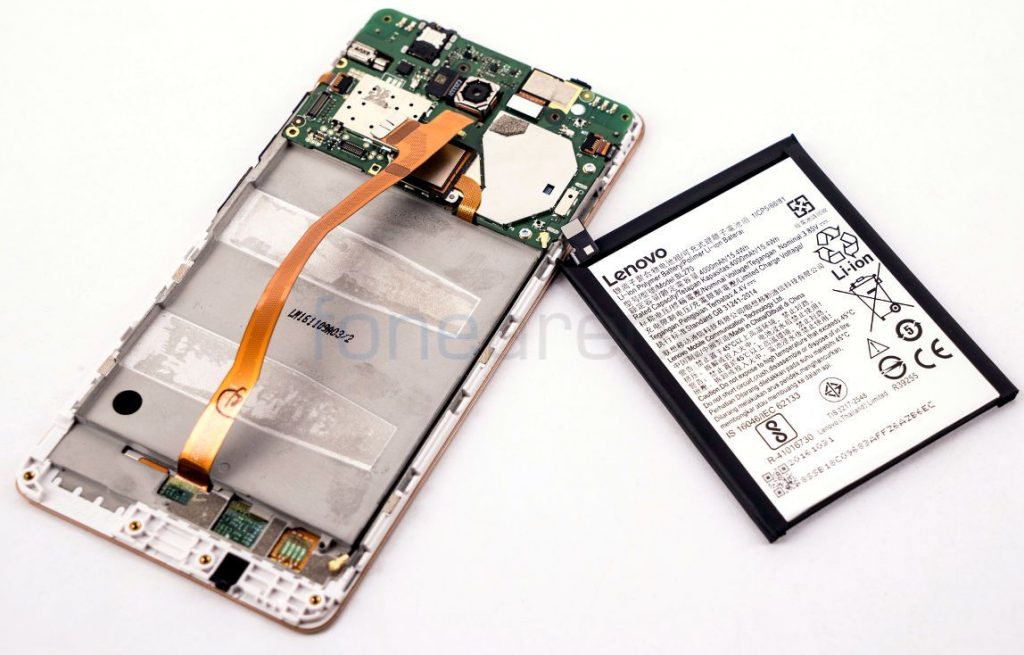 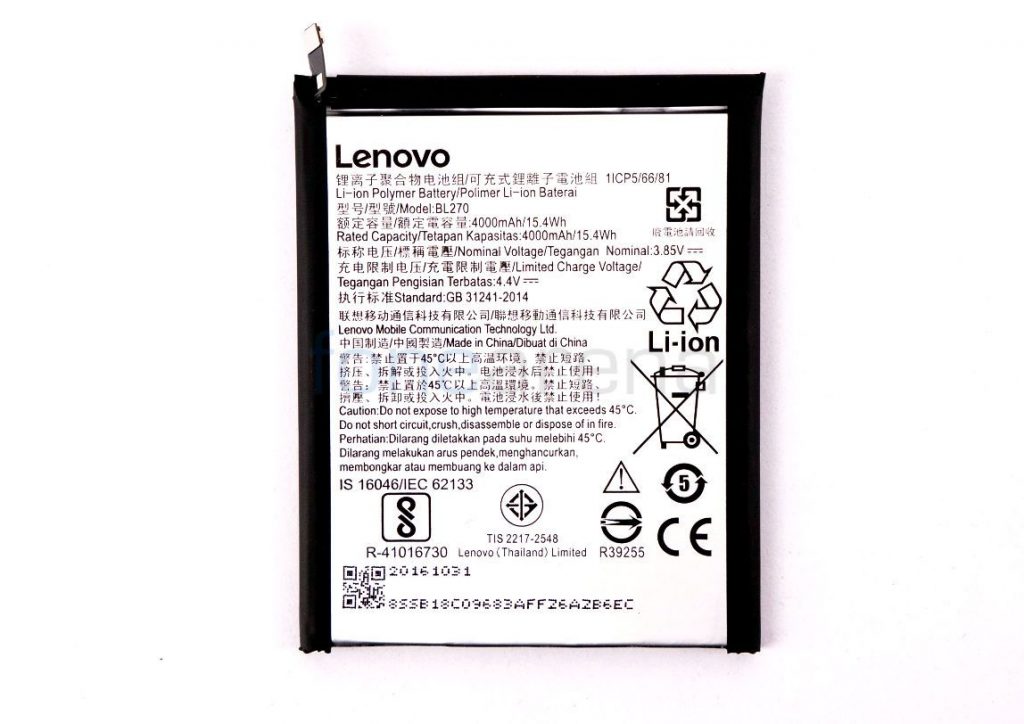 Removing the battery is easy by pulling the tab to release the glue holding the battery. We have a 4000mAh battery made by Lenovo.

The main logic board is held in place by 2 screws and power key ribbon cable and digitizer ribbon cable. We the remove the rear camera, front facing camera and finger sensor from the logic board. 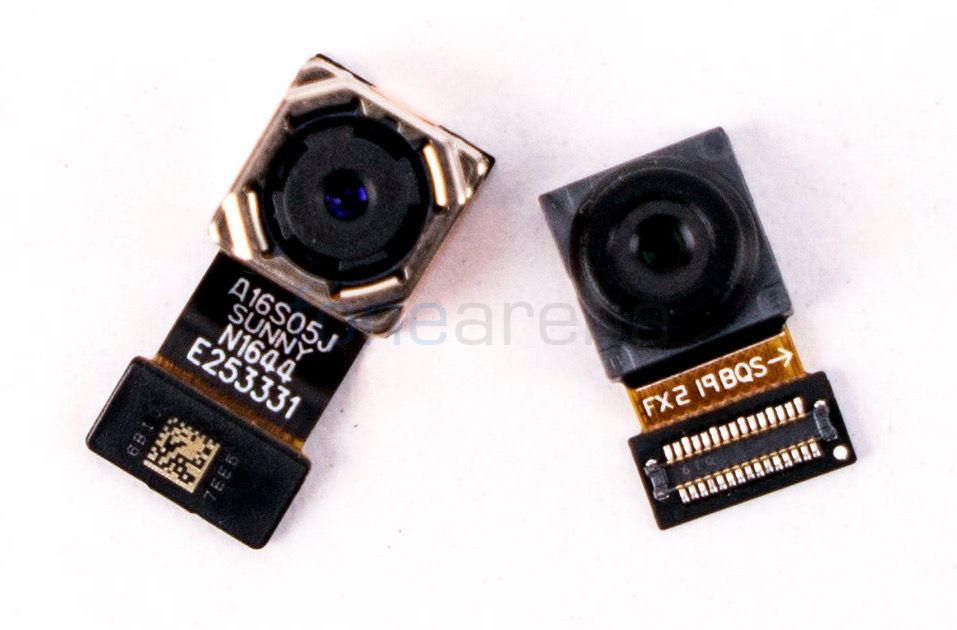 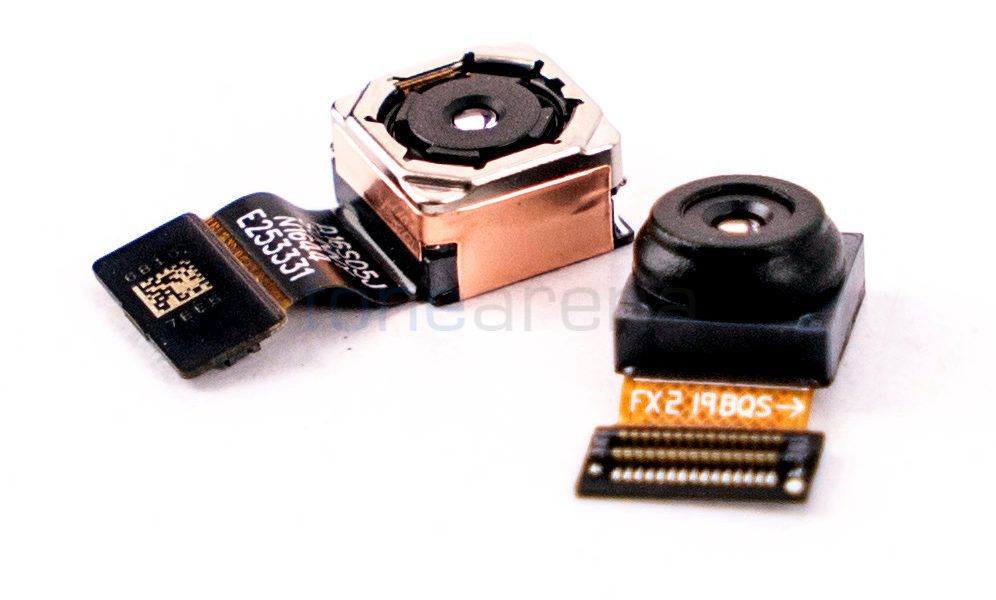 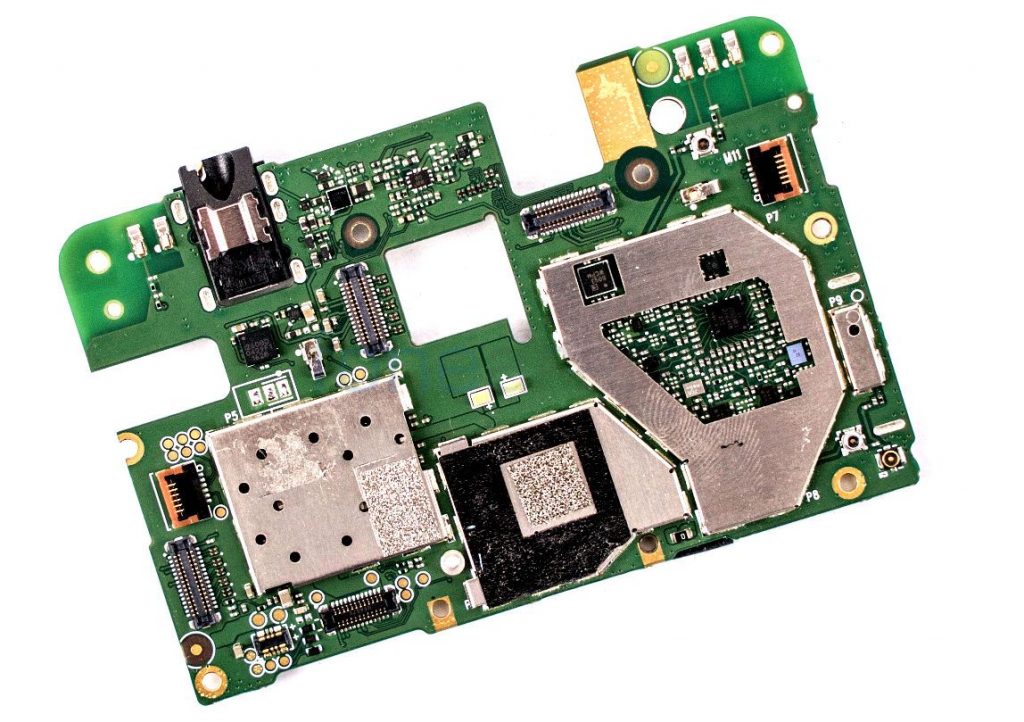 The metal brackets over the processor and other chips in the main logic board can now be removed. The back side of the logic board houses the Volume rocker connector, display connector, battery connector, micro USB connector, Dual LED Flash, Qualcomm WTR2965 RF transceiver , INVENSENSE I2608D 6-Axis Gyroscope + Accelerometer and digitizer connector. 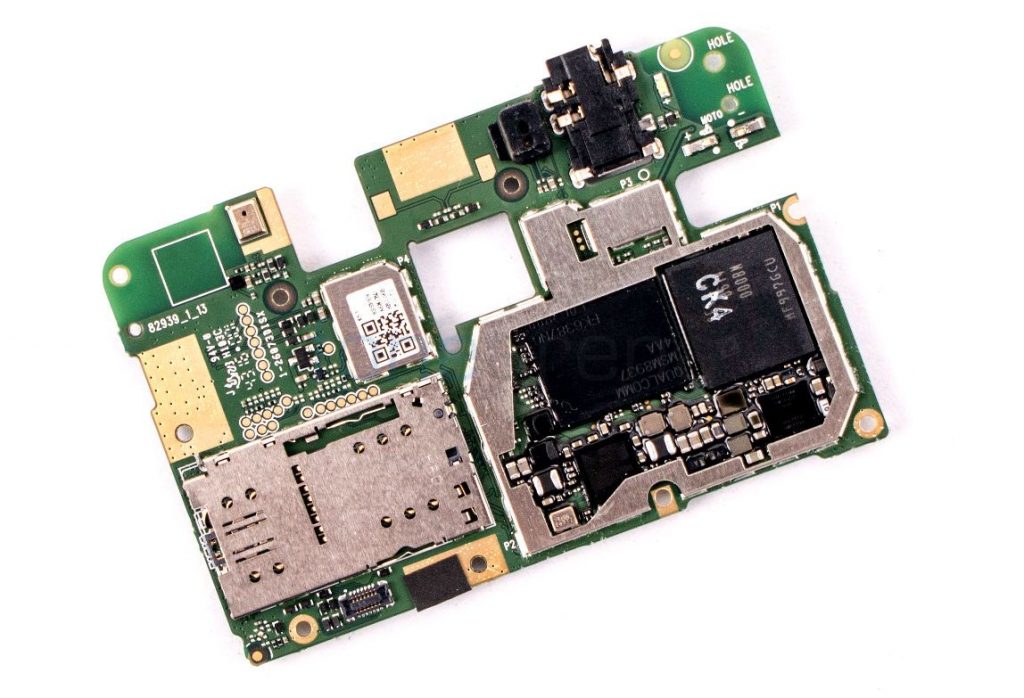 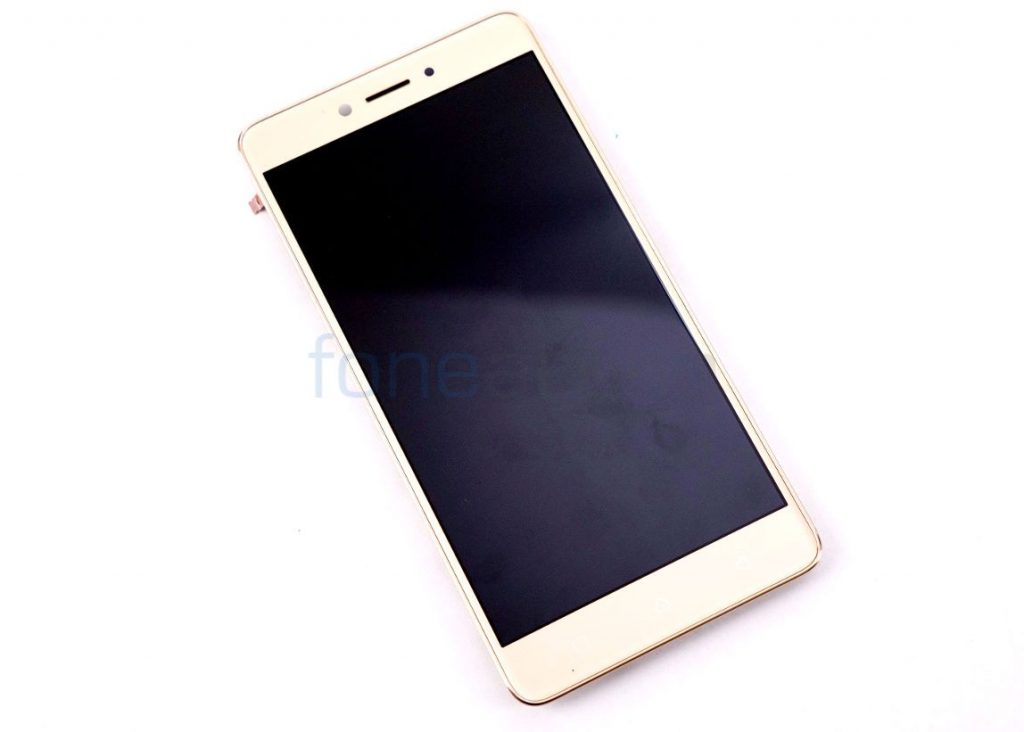 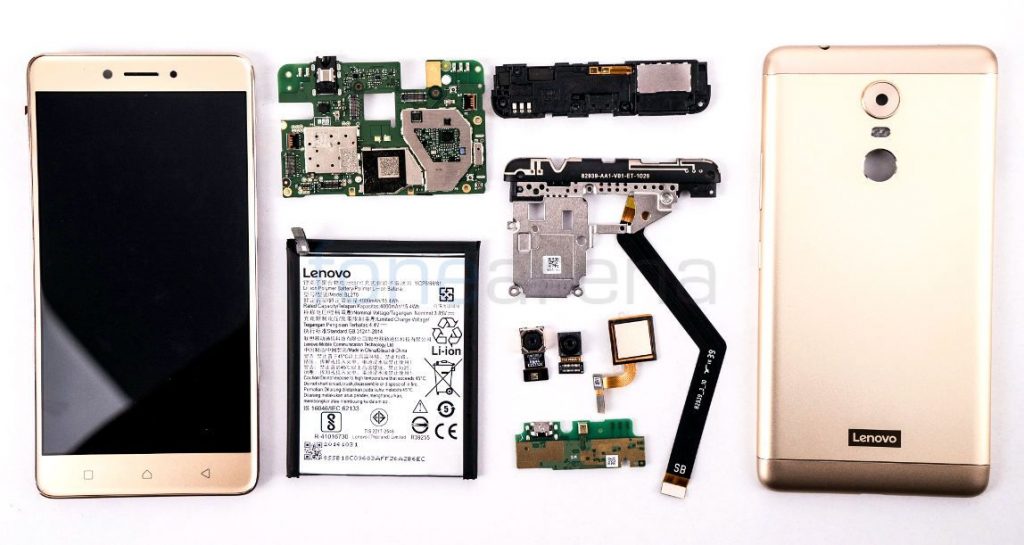 We give the Lenovo K6 Note a reparability score of 8/10. Like our previous two teardowns only the back cover of the phone need some effort to open once you pass that it is fairly easy to replace the parts. Please note that teardowns will most definitely void your warranty so if you are planning to do the same on your device, keep that in mind.