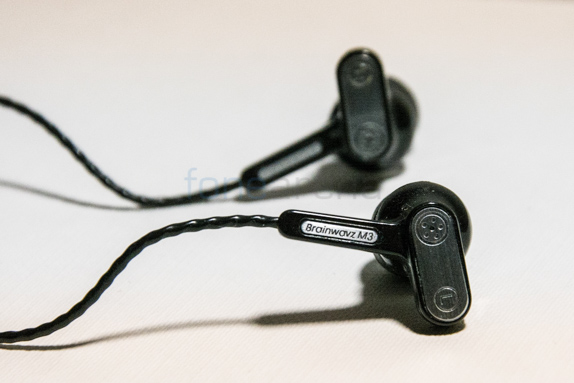 Brainwavz, the popular Hong Kong based audio product manufacturer has put in a lot of effort over the years to make it’s presence felt in the higher end segment. While the Alpha in-ears we reviewed a while back were aimed directly at the entry level segment, the Brainwavz M3 is invariably a fairly high end headset. We’ve spent some time with the earphone and here’s what we think of it.

The Brainwavz M3 ships in a well built hard case that should be very useful for transporting your earphones around safely. You also get a full range of silicone eartips in a variety of fit and sizes. 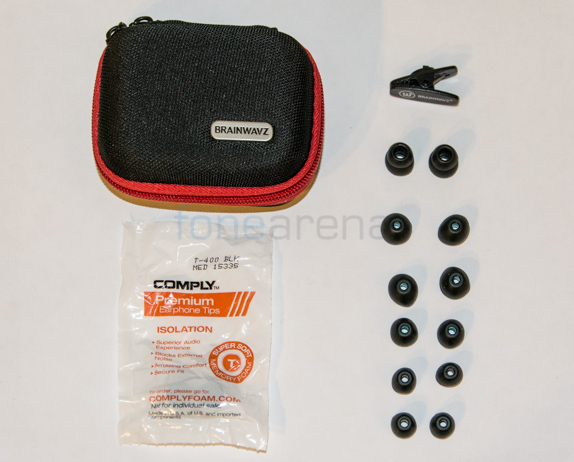 We really like the inclusion of a Comply foam eartip. Brainwavz have bundled in a medium size isolation boosting Comply tip but we tested out the earphones using the regular silicon medium size eartips since that’s what most users will chose. You’ll also notice a shirt clip included in the package.

If anything, the Brainwavz M3 is an interesting looking pair of earphones. Using a combination of metal and plastic, it isn’t the most visually appealing product but it certainly does look unique. 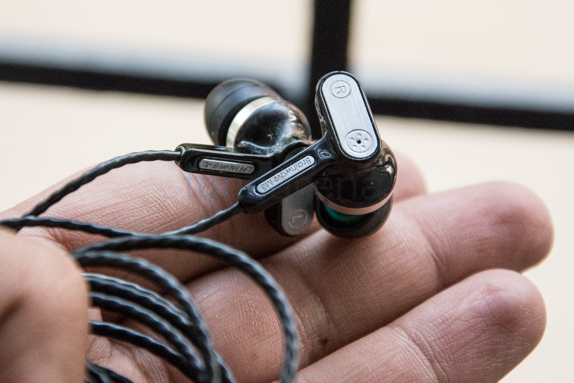 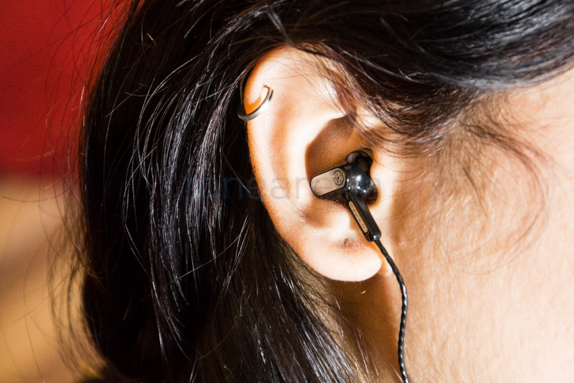 The inner side of the earphone is made of glossy plastic that definitely betrays the price point of the product. We wish that Brainwavz had opted for more luxurious materials like all metal or for that matter even wood instead of the cheap looking plastics. That said, let’s move ahead since the focus here is on audio quality. 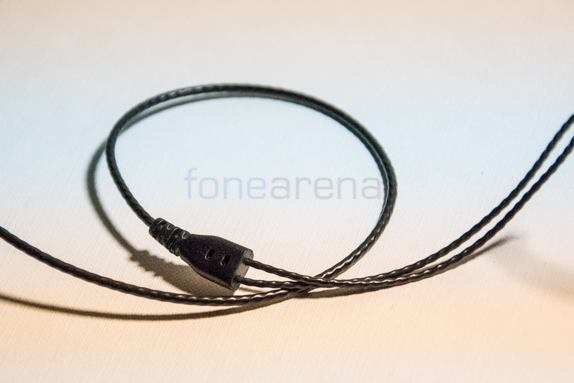 The Brainwavz M3 use a 1.3 meter twisted plastic cable that breaks apart into two decidedly fragile feeling cables above the Y Splitter. We’re a bit concerned about how slim the earphone cables are but the twisted plastic cables should help them hold up. Micro phonics aren’t entirely absent but the plastic cables sit relatively stiff so it is pretty easy to set them down your shirt in a way that you can avoid too much noise.

After burning in the earphones using pink noise, we decided to put the Brainwavz M3 through our test bench. Our test tracks included the excellent post-rock album, Pirohia by Kerretta. We also referenced tracks like The Funeral of Hearts by His Infernal Majesty as well as Of The Night by Bastille, Monarchy of Roses by RHCP and Starboy by The Weeknd. Source material for all the tracks were 24 bit FLAC files played via a Macbook Pro, Google Pixel XL. We tried playing back both through and without a Fiio E10k DAC and while there is a bit of a difference in , these earphones really don’t need to be amped up and as such most users will likely use these without any external DAC. All impressions below are hence when played back without the FiiO DAC.

Let’s start with the lows. The Brainwavz M3 do not have the skull rattling bass that EDM and dubstep lovers prefer but they do sound wonderful. It is controlled and deep. The bass goes deep and is very rich but never enough to overpower other audio channels. It works better for rock, jazz or even pop music where you can almost hear the drums playing in front of you.

Moving on to the mids. Vocals sound good but listen closely and you’ll notice a distinct lack of detail. The mid range sits a bit forward in the soundscape and further accentuates the highs making the overall sound a bit brighter than what we’d personally prefer. The highs sound a bit harsh though the vented ports on the side help to mellow the sound. Crashing cymbals and similar instruments sound wonderful. Sure, some users might find the sound to be a bit too bright but it works well enough for a fair few genres. 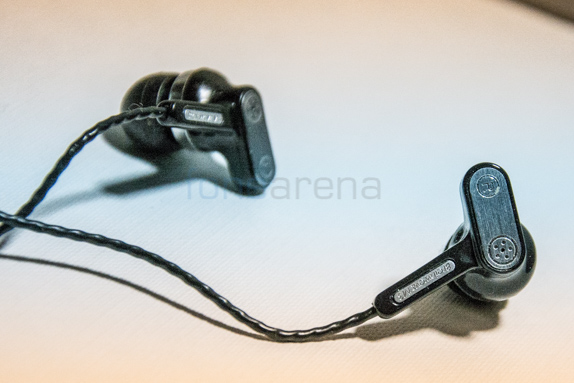 The soundstage is predictable for its class of earphones. Instrument separation is certainly audible but it is far from wide. You can identify individual vocal tracks and instruments and where they’re placed within the soundscape but the stage itself is well short of a 180 degrees if not more. We noticed that noise isolation using the Brainwavz M3 was less than exemplary. The passive isolation doesn’t do much since the stalk of the earphone just isn’t long enough to provide a good seal.  Even with audio on, ambient noise manages to leak through.

The Brainwavz M3 sound good. There’s no doubt about it but there’s also a point to be made that these are really old earphones. The model has been around since 2013 and a whole lot of earphones have exceeded the M3 both at and below the price point. It’s not the most natural sounding earphone but we really enjoyed the somewhat musical audio playback from the Brainwavz M3. What we couldn’t quite justify was the surprisingly high price point that the company commands for it. The Brainwavz M3 are priced at Rs. 5,399