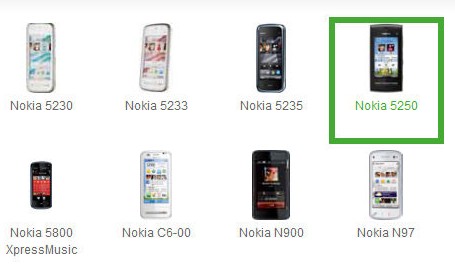 UPDATE: this handset has been officially launched

A new Nokia handset has been leaked on the Nokia Ovi Store’s Mobile Selector. The leaked handset bears the model number 5250 looks like a entry level Symbian Touchscreen phone.

While we can’t see a lot of details from the image, it certainly looks similar to the X6 / X3 in terms of design and looks like its running on Symbian.