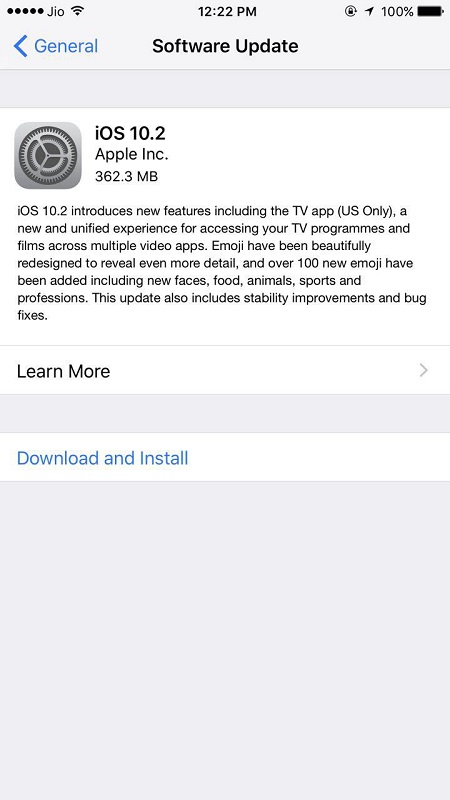 Apple had released iOS 10.2 public beta 3 last month. Now the company has started rolling out the stable build for all users including India. The latest update brings a special feature dubbed as SOS button to Indian users. It allows users to call emergency services by pressing the power button multiple times on their iPhone.

The official changelog does not mention the SOS button feature but users in India can see the option after the update under Settings> General menu. iOS device owners can personalize SOS settings from here. The update automatically adds 112 distress number in your contacts. This new addition is a result of a new rule by the government of India which makes it mandatory for a phone to have a panic button starting January 2017. 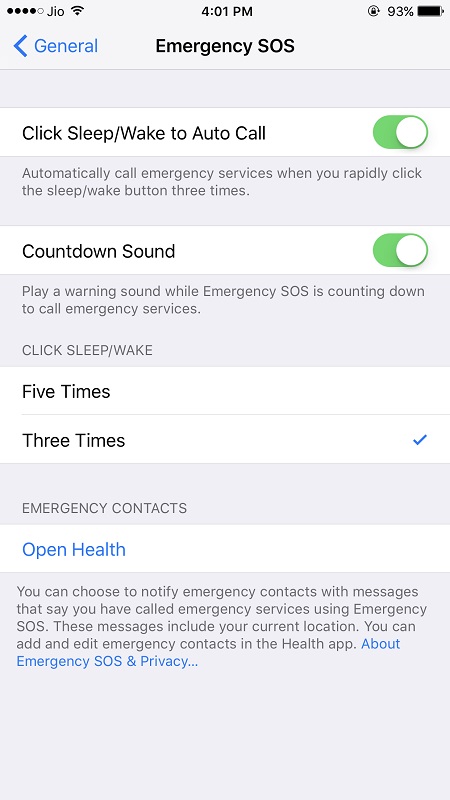 In addition to the SOS button, the update includes new emojis such as new professions for both male and female genders, selfie, face palm and more. A total of over 100 new Unicode 9.0 emojis have been added. Apple has also tweaked a number of existing emojis by adding more details. The update brings improvements and fixes in the ‘Photos’ section. There is an addition of new “Send With Love” Screen Effect button in Messages that lets you send a large heart along with a text message.

Next up, the News app gets a new ‘Saved’ section where all your saved news will appear. Finally, there are a number of improvements and bug fixes for various apps including Mail, Safari and more. The iOS 10.2 update is available for iPhone, iPad and iPod touch. In order to update your device you will have to head over to Settings > General > Software Update to download and install the new update.