Google has released developer preview of Android 7.1 Nougat for Nexus 5X, Nexus 6P and Pixel C, as it had promised earlier this month. This update brings new features for consumers and developers, including better Daydream VR support and A/B system updates such as app shortcuts and image keyboard support.  It also brings optimizations and bug fixes as wells as new, final APIs (API level 25). 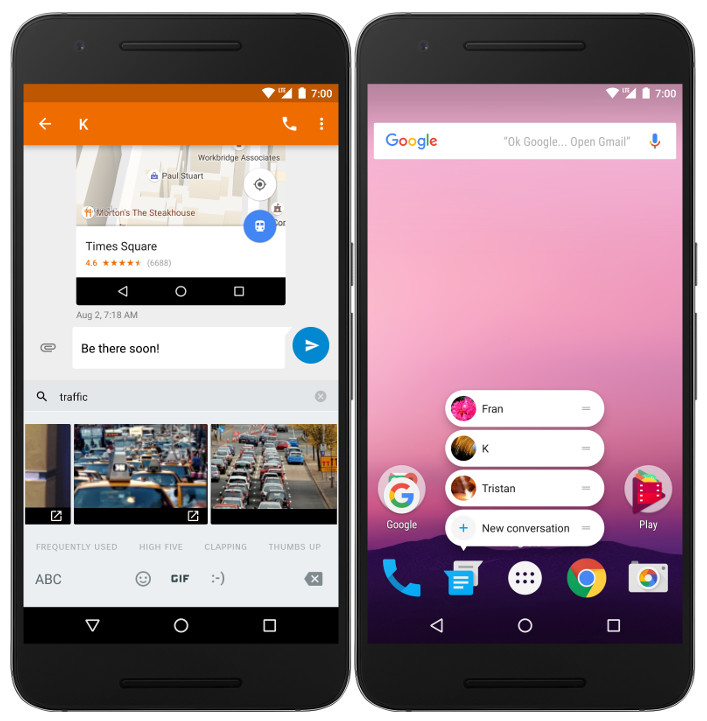 Along with the API Level 25 SDK, Google has also updated the Android Support Library to 25.0.0. The new version lets you add image keyboard support with compatibility back to API level 13. It also introduces BottomNavigationView widget, which implements the bottom navigation pattern from the material design guidelines.

“Since the Android 7.1 APIs are final, you can publish updates compiling with, and optionally targeting, API 25 to Google Play. You can now publish app updates that use API 25 to your alpha, beta, or even production channels in the Google Play Developer Console. In this way, push your app updates to users whose devices are running Android 7.1, such as Pixel and Android Beta devices,” said Google.

Android 7.1 Nougat Developer preview (build NPF10C) is now available for download for Nexus 5X, Nexus 6P and Pixel C devices through the Android developer website here. You can also get it through Android Beta Program, which is the easiest way to get it. It will be available for Nexus 6, 9, Player, and supported Android One devices in November.

Stable Android 7.1 Nougat will be available in December 2016.