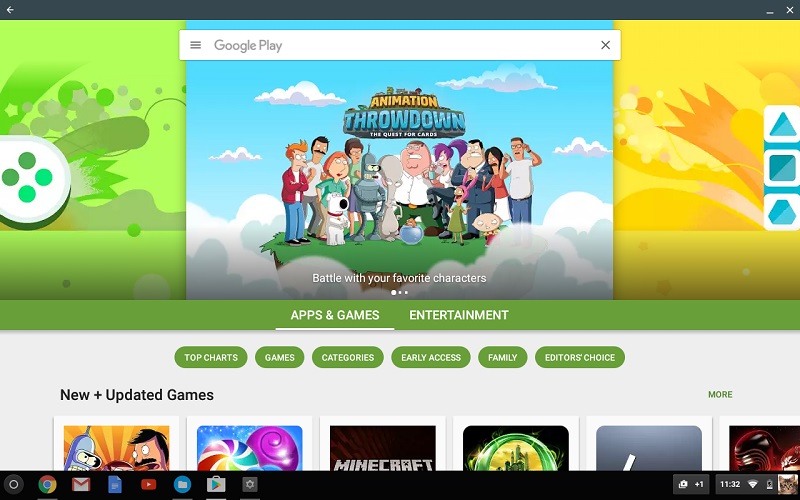 Google had announced at the I/O developer conference that the Google Play Store and Android apps will be coming to Chromebooks starting from mid-June. The company has now started rolling out Play Store to Chrome OS stable channel.

The latest build contains a number of bug fixes, security updates and feature enhancements. The Chromebooks will be receiving updates over the next several days.