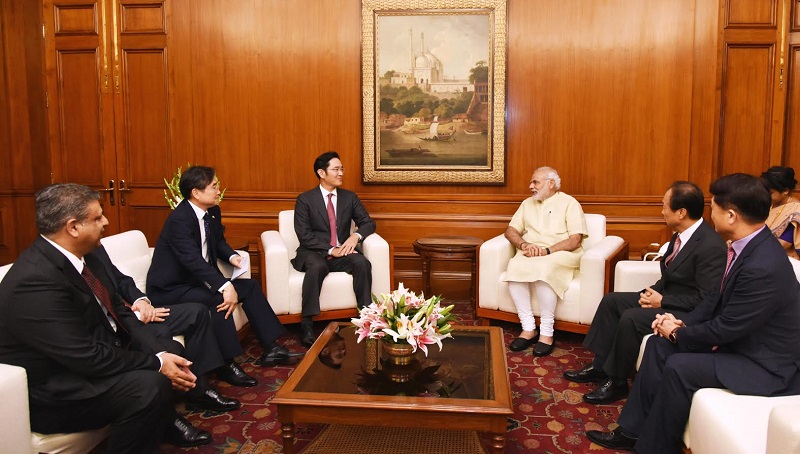 Lee apprised the Prime Minister of Samsung’s business operations and citizenship activities in the country. He stated that Korean technology major Samsung is working in synchrony with “Make in India” and “Digital India” initiatives in growing India as an important production base and central R&D hub.

He said Samsung’s ultimate goal is to be not just a foreign investor but a true local business in India, where Samsung will work with local communities. Besides Make in India, Samsung is also committed to ‘Make for India’, an initiative to create meaningful local innovations for the Indian consumers.