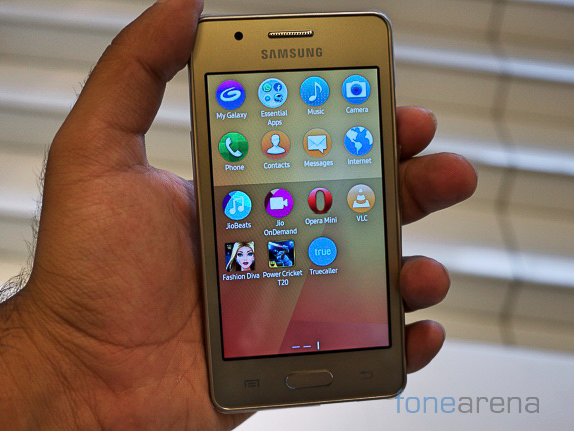 With the launch of the Tizen powered Z2, Samsung has a device on hand that brings an above average experience and 4G compatibility to a mass market audience. The phone is priced at just Rs. 4590 and as such is quite an interesting proposition. 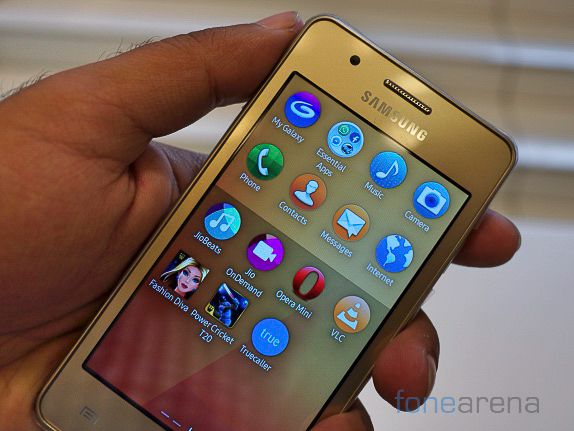 On the face of it, the Samsung Z2 is a fairly handsome looking phone. The hardware is naturally compact given the 4-inch WVGA display but it feels quite good when held despite being built to a budget. The screen quality is nothing to write home about and in fact the viewing angles tend to be quite poor. The contrast levels are muted and sunlight visibility is just about adequate. Below the screen are three capacitive buttons while above the display is the rather poor VGA front facing camera.

The right hand side of the phone has the power key while the left has a volume rocker. The buttons are on the mushier side and can be a bit hard to press down as well. In the image above, you can also observe the thickness of the phone. The Z2 is certainly not the slimmest of handsets around. 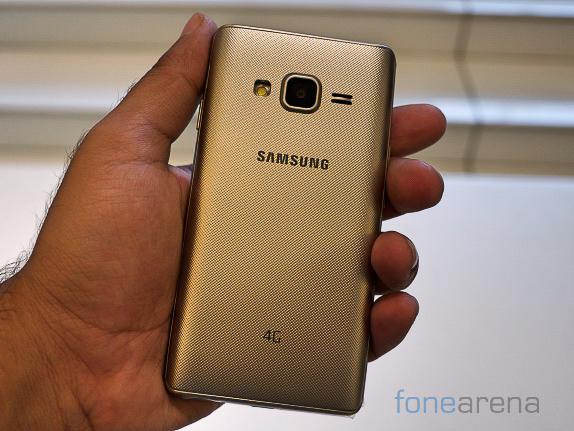 Flip the phone over and you’ll notice the Samsung branding below the 5MP rear camera. On either side are the LED flash and the speaker grille. The rear plastic panel has a textured finish to it which makes the phone easier to grip. 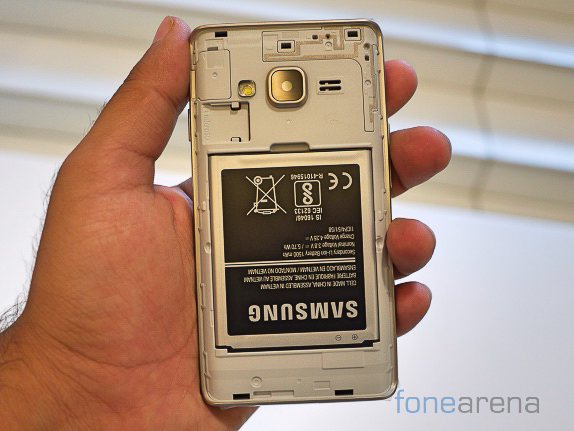 The removable cover houses the Dual SIM card slots as well as the microSD card slot which augments the built in 8GB of storage. You’ll have to remove the 1500 mAh battery to access the SIM slots. Coming to performance, we’ve always maintained that Tizen is a pretty decent clone(?) of TouchWiz that essentially covers all the basic use case scenarios for its audience. Designed bottom up for low end hardware, the OS runs absolutely smoothly on the Z2. That said, as always we’ll get a better idea of performance after a couple of days of use. The 1GB of RAM in particular could prove to be problematic. 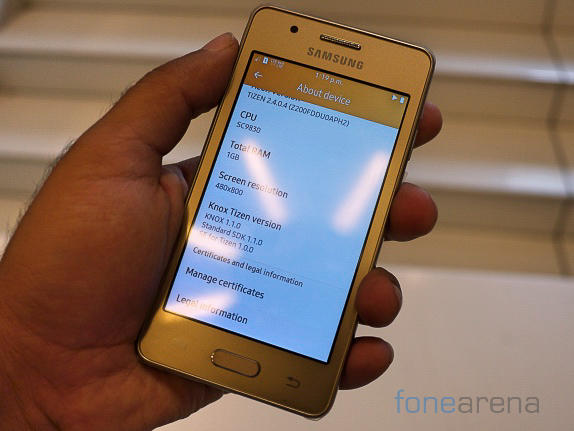 At  a price point of Rs. 4,590, it is hard to dispel the Tizen powered Samsung Z2. The phone offers a legitimately usage experience, more so than similar priced Android devices. Yes, it isn’t quite the smartphone when placed against Android devices but it does cover most use case scenarios for it’s target audience. We’ll have more on the Samsung Z2 in our full review. If you have questions, do let us know below and we’ll take those up in the Samsung Z2 Review.