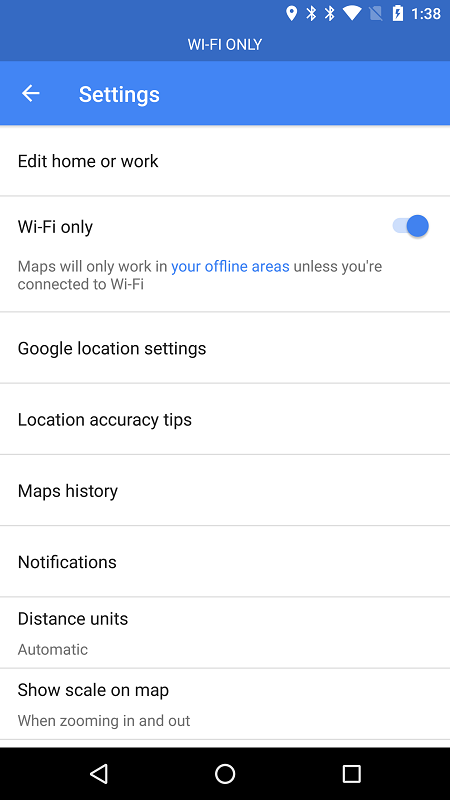 Google has started rolling out (via) new features for its Maps app on Android. The update brings WiFi only option to Maps along with the ability to get notifications when mass transit will be delayed.

After updating the app, you will see a new “WiFi Only” option in the Settings Menu which replaces the “Offline Areas”. When you enable the WiFi Only option, the app will stop using the cellular data and instead and load majority of the data through WiFi. It must be noted that Maps may still use a small amount of data.

The latest update is rolling out in stages and will be available for all users soon. In order to get the feature, the Maps Android app should be on version v9.32.