So you’ve bought the hottest smartphone in the market. You’ve been using it for a few months. Things are going great. Until it all starts to go wrong.

The phone starts to hang. It’s no longer as fast as it was when you unboxed it. It can’t keep up with the tasks you want it to perform.
It has aged years, even though you just bought it.

Today, the market is packed with mid-range smartphones with high-tech features that don’t deliver on the promise. And in search of awesome features and specs for a budget, quality and performance are often sacrificed.

So a few months down the line, you’ll obviously have so many videos, songs, photos and apps in your smartphone. Despite the great specs, the RAM becomes too slow to cope with all the demands. The phone’s so overloaded that it doesn’t know how to process all
that information.

When it’s overloaded, it gets slower and older. And that’s disappointing because you only just bought this new smartphone. So why not invest in a smartphone that keeps up with you? 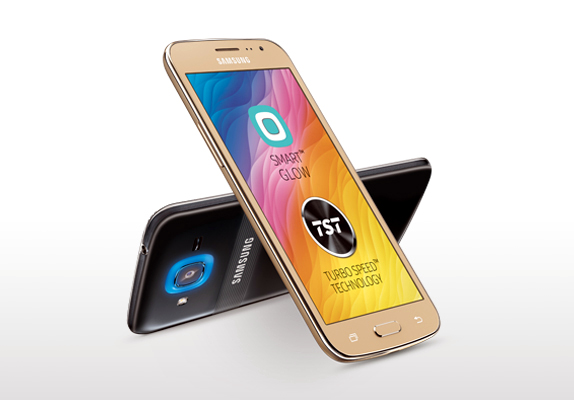 Galaxy J2 (2016), the latest offering from Samsung, is engineered with Turbo Speed Technology, which brings together fast performance and longevity. It boosts the 1.5GHz Quad Core Processor and 1.5GB RAM to make optimum use of resources.

For example, commonly used apps such as Phone, Contacts and Messages have been designed from scratch to use the lightest memory. Native apps load 40% faster than phones with double the RAM, thanks to Turbo Speed Technology. All this makes the Galaxy J2’s response time accelerated and efficient.

Turbo Speed Technology de-clutters and streamlines the phone’s memory so that every task is done efficiently, without any lag.

When new tasks need to be performed, it deactivates unnecessary background apps so that all focus is on the action to be performed.
By making judicious use of all resources, Turbo Speed Technology ensures that the Galaxy J2 delivers a faster performance consistently and remains like new for longer.

Today’s multitasking world calls for faster response time and quicker toggling between apps both working together.