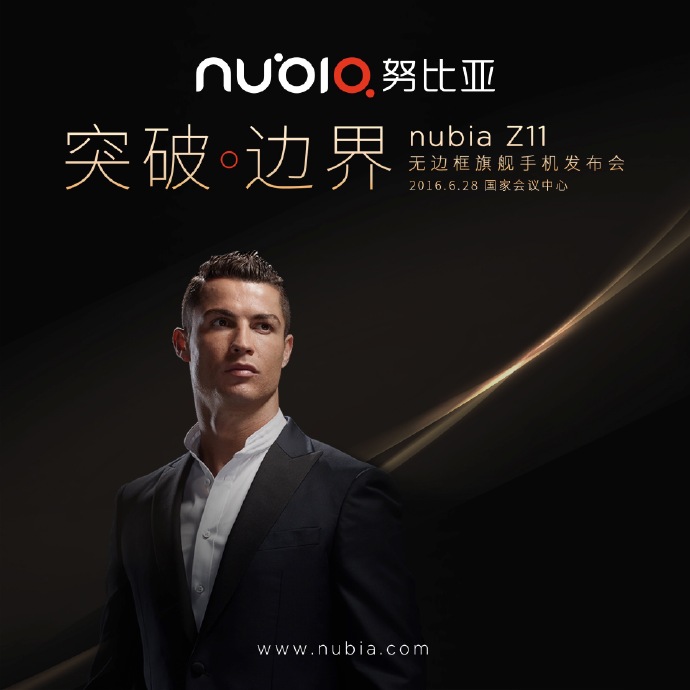 ZTE has released a teaser which suggests that that the nubia Z11 will be go official on June 28. Last week, the company announced the nubia Z11 Max.

The teaser features popular football player Christiano Ronaldo whom Nubia has picked up as a brand ambassador. The text on the teaser, when translated in English reads “break through infinite possibilities”. Previously leaked renders had shown that the Nubia Z11 will have metal body and a bezel-less design. It will have a curved 2.5D glass up front along with a curved glass finish at the back. Also present at the back is the fingerprint sensor.

ZTE nubia Z11 will be announced at a event in China on June 28.