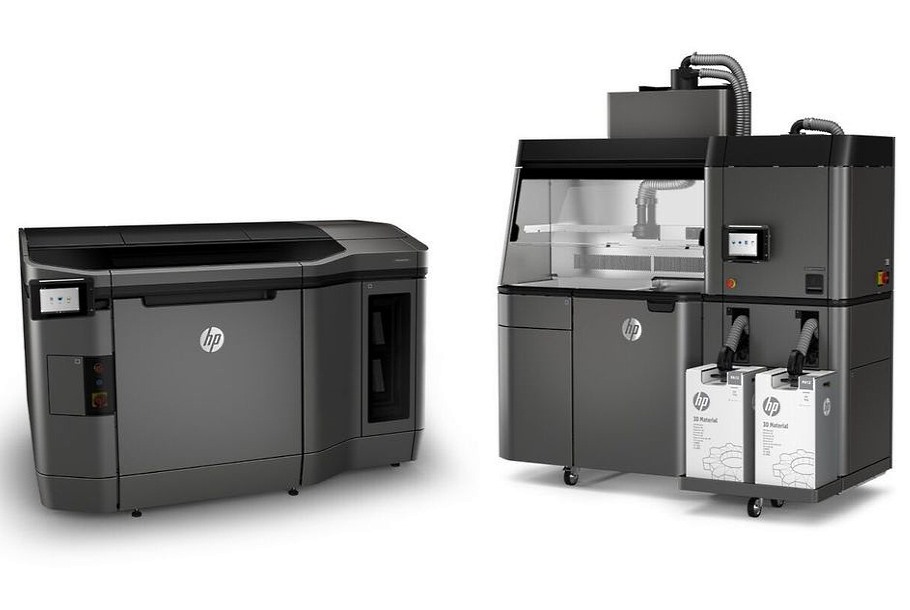 HP had first unveiled its Multi Jet Fusion 3D printer in 2014, but until now it wasn’t made available.

At the RAPID 3D additive manufacturing conference, HP announced that it has now started taking orders for the 3200 series and the 4200 series Multi Jet Fusion 3D printers. Both the Jet Fusion 3200 series and 4200 series are low-cost and low-production models with 50% cheaper and 10X faster printing capabilities than the rival 3D printers. These have a print area or a print bin of 16 x 12 x 16 inches and within that area there are 2.4 teravoxels.

As of now, the HP Jet Fusion printers only use nylon with one Black color. The company will later include range of colors and other materials such as plastic, ceramics and may be metal as well. The Jet Fusion 4200 series is said to be 25% faster than the 3200 series.