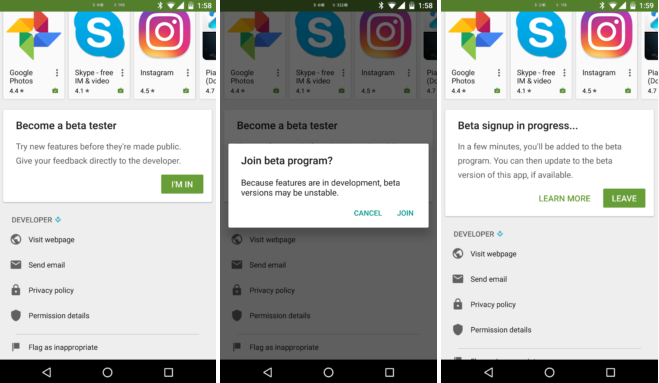 Google has started rolling out a new Play Store update that lets you join or leave beta. The latest update bumps Play Store version to v6.7.

With the latest update, you can now see beta status at top of the app listing when users are enrolled for the program. The listing will also show if an app is unreleased meaning it is in a private beta with no public version. Users can join or leave the beta program from the app listing present at the bottom. However, in order to join or leave beta testing you will have to join the necessary G+ community.

In addition, you can leave feedback for the developer of a beta app in private. These messages won’t be public. The latest version of Google Play Store is rolling out gradually.