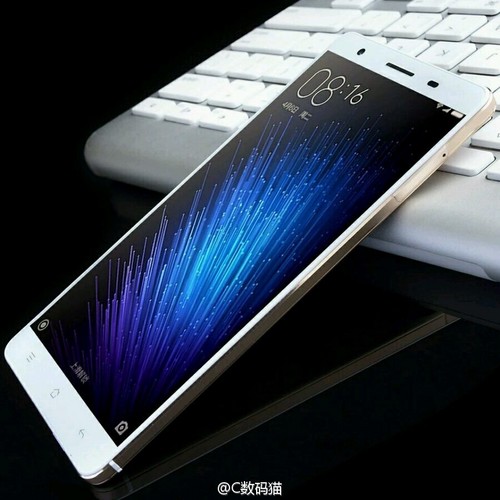 Xiaomi’s upcoming phablet Mi Max has surfaced again in live image. The phone which sports a 6.4 inch display has been teased a couple of times last month.

The latest leaked image shows the Mi Max in full glory. Sporting a metal frame around the body, the Mi Max looks similar to Mi Note and Mi Note Pro smartphones in terms of design. It has three capacitive touch buttons below the display on the bezel. Xiaomi has chucked away home button that is baked with fingerprint sensor for the Mi Max. The leaked image also shows SIM or microSD card tray on the right side. The front-facing camera module, earpiece and the proximity and ambient light sensors are also seen at the front.

The Xiaomi Mi Max announcement takes place at Beijing National Convention Center on May 10th. Along with the Mi Max, Xiaomi is also expected to announce the Mi Band 2 which surfaced yesterday in live image.