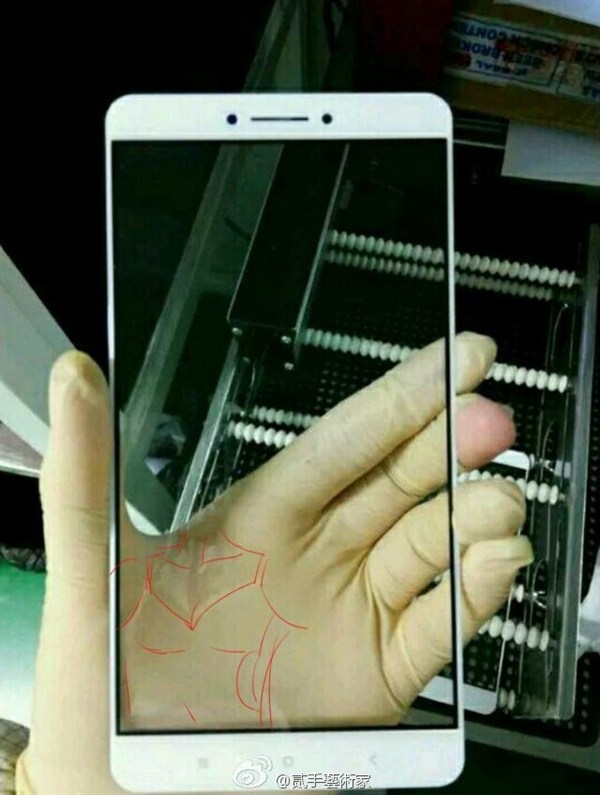 It looks like Xiaomi is working on a phablet which is the largest device by the company until now. A leaked image of the phone which is allegedly dubbed as Xiaomi Max has surfaced.

The Xiaomi Max sports a 6.4 inch display and might come with 2560×1440 QHD resolution. It is expected to be powered by a Qualcomm Snapdragon 820 processor. The phablet will have a metal body design and come equipped with a fingerprint sensor. As per the image, the phone has usual design with front camera, proximity light sensors and earpiece while there are three capacitive touch buttons on the bezel.

The leaked image further shows thin side bezels on the phone. As there is no sign of a physical home button, the fingerprint sensor could be present at the back. It is speculated that the Xiaomi Max will be announced in May but nothing is official as of now.