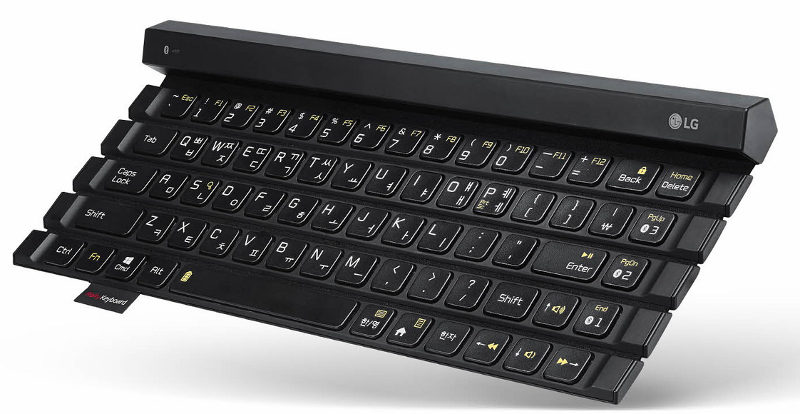 LG introduced Rolly Keyboard, its first rollable portable wireless keyboard during the IFA 2015 last year. Now it has introduced the new LG Rolly Keyboard 2 in Korea with an updated five-row design, compared to four rows in the first version. The extra row adds number / symbol / function keys on the top and the keyboard also has enough space between the keys, promising the best typing experience. 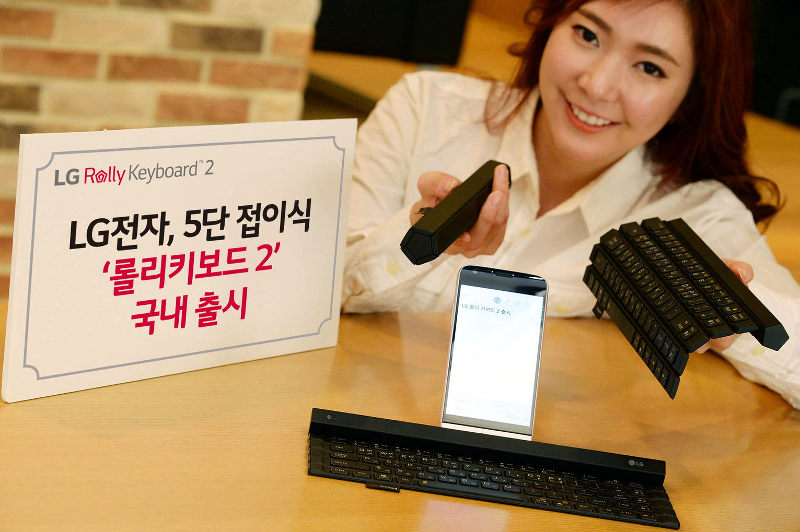 It can be folded to create an easy-to-carry stick and the fold-out stand supports smartphones in new vertical mode and even tablets up to 10-inches. It connects to your Android (4.0 or later), iOS (7 or later), Mac OS X (10.7 or later), Windows (7 or later) via Bluetooth 3.0 and also has auto pairing function to connect to three different devices at the same time and toggle between them with a simple key press.

The first keyboard can only connect to two devices at a time. It uses a single AAA battery that promises up to 3.5 months of battery life with average use.