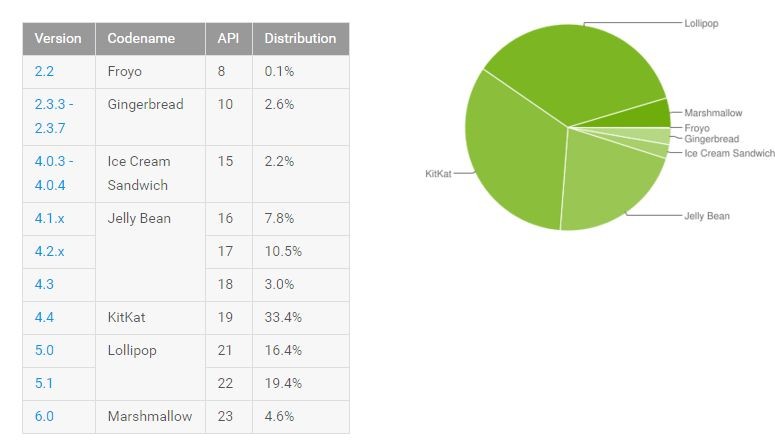 Google is out with Android distribution numbers for the month of April.  Android Marshmallow adoption has doubled its share from 2.3% in March to 4.6% in April.

In case of older Android versions, Lollipop adoption decreased a bit from 36.1% in March to 35.8% in April, but it is still the most installed version of Android. KitKat on the other hand slid from 34.3% in March to 33.4% in April. Jelly Bean went down from 22.3% to 21.3%, while Ice Cream Sandwich decreased from 2.3% to 2.2%. Gingerbread remained unchanged at 2.6% while Froyo is still hanging on with just 0.1% of all Android devices.

These numbers are compiled from Android devices that accessed the Play Store in a seven-day period ending on April 4.