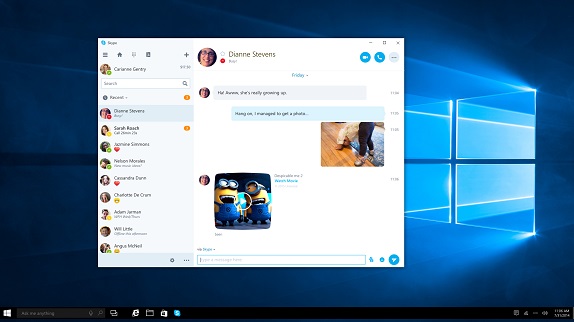 Microsoft has announced that it will release first version Skype Universal Windows Platform Preview app for members of the Windows Insiders program.

The current Skype app will still work on PCs running Windows 10, but Microsoft will gradually combine the existing app and the new one. Microsoft said that it will eventually shut down the desktop-only app in favor of the universal one.

The new app that will be released for those on the Windows Insider Program “in the coming weeks” will include following features: 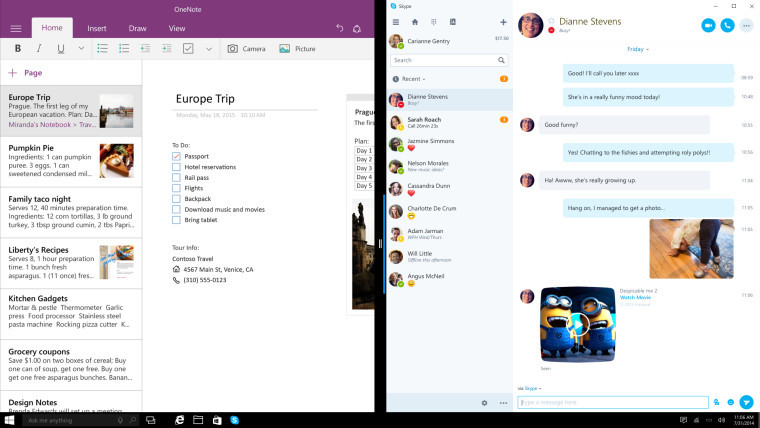 We’ve simplified the look and feel by removing duplicative and unnecessary menus to prevent confusion between them. The global menus are now in a new, single Settings menu, and you’ll see contextual menus appear in upcoming releases.

Skype further added that it will bring more flexibility, sharing and group features in the next couple of releases. The app will let you start a chat with anyone using Skype or not using Skype, create a group and send group messages, support for Group voice and video calling, share your screen, files and video messages, manage notifications from individual chats and so on.

Skype said that it will first release the universal app on Windows 10 PCs and soon will expand it to Windows 10 Mobile devices. You can join the Windows Insider Program to try out the new version on Skype