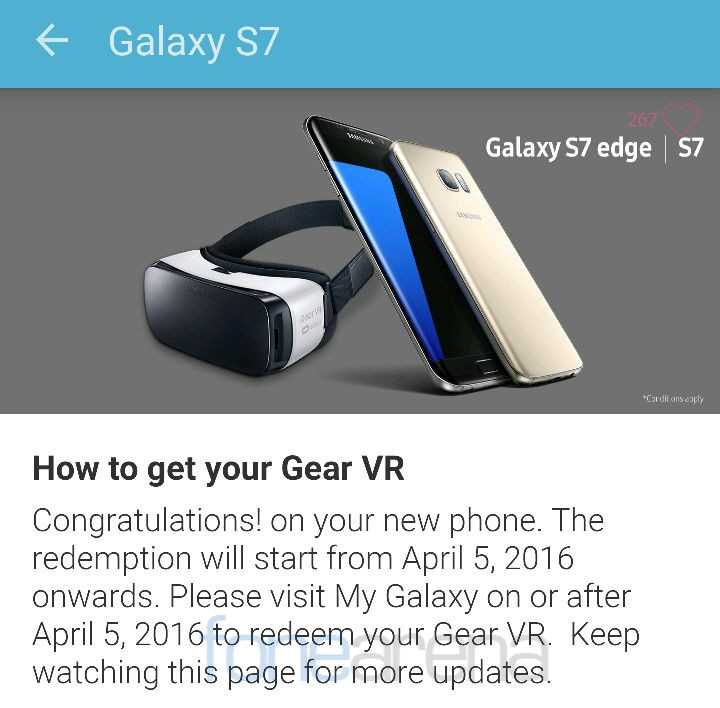 Samsung launched its flagship Galaxy S7 and Galaxy S7 edge smartphones in India earlier this month for Rs. 48,900 and Rs. 56,900, respectively. Both these were available for pre-order on official site and Flipkart from March 8th and the devices started shipping from last Friday, March 18th. Samsung also announced that all pre-orders get a free Gear VR headset worth Rs. 7900, but it doesn’t come bundled with the phone, you will have redeem it. Check out the procedure.

How to redeem free Gear VR with Galaxy S7 and Galaxy S7 edge:

After signing using My Galaxy app, you will get a notification automatically after 4 days and redemption starts from April 5, 2016, which might vary for some. Even though pre-orders are now over, Samsung is offering 50% discount on Gear VR on purchase of the Galaxy S7 and Galaxy S7 edge smartphone through its official eStore.