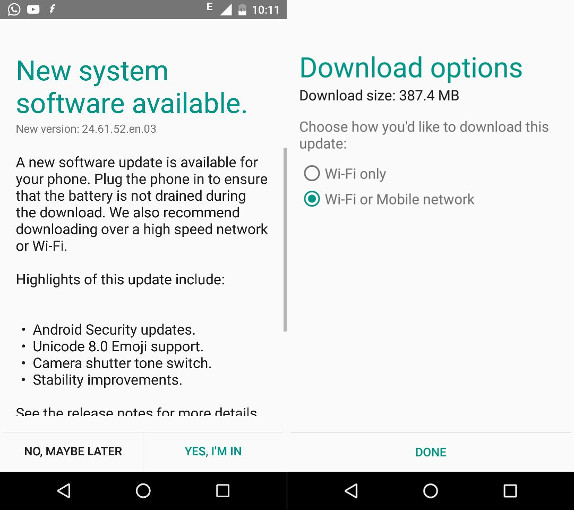 Motorola has started rolling out Android 6.0.1 update for the Moto X Play smartphone in India. Motorola rolled out the Android 6.0 (Marshmallow) update for the smartphone earlier this year. In addition to adding support for new emojis, including volleyball, taco, middle finger, champagne bottle, as well as new faces for sickness, thinking, and rolling eyes, this update also brings back camera shutter tone switch that lets you  turn off and on the sound of the camera shutter and also lets you launch the camera by double-pressing the power button.

The Android 6.0.1 (Marshmallow) update v24.61.52 for the Moto X Play is 387.4MB in size and also includes the Android security update for March, 2016. Have you received the update? How is your experience after the update. Let us know in the comments below.

Thanks Gurmat Dhillon for the tip and images!