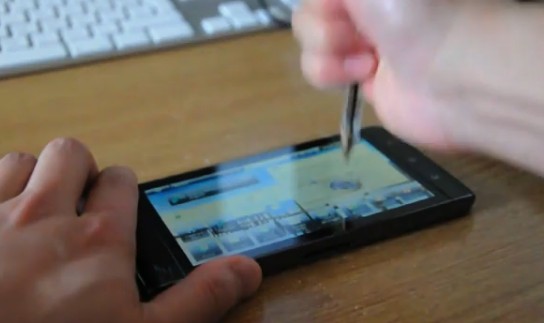 We heard that that Dell Streak uses a special kind of Glass called Gorilla Glass for the display. It is known to be scratch proof. The guys at Engadget torture the Streak Prototype by banging a pen tip on the screen repeatedly. Does the screen survive ? Watch the  video below !

Pretty impressive right  ?  Looks like this Dell Tablet  would be a great product looking at the specs and durability . But only thing which is still a mystery is the price !