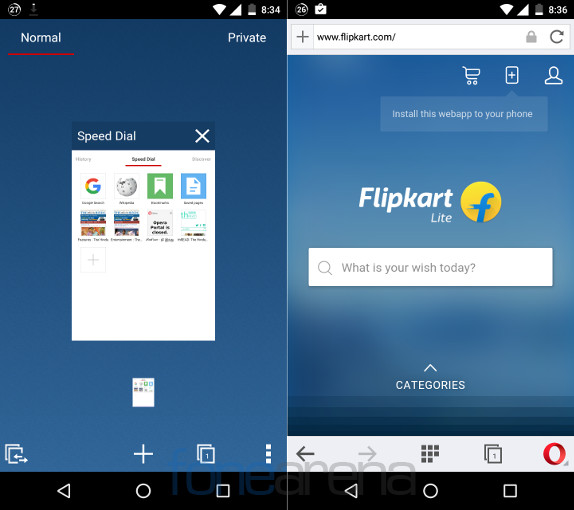 Opera has updated its beta app for Android to version 36 that brings several new features, including a new tab switcher with a modern look and a better underlying structure to allow optimized resource management. Opera says it is still working on perfecting it, but it it asking beta testers for their feedback. The update also lets you make progressive web apps easier to find on the web. It will automatically allow compatible web apps like the Flipkart Lite to be added to the home screen.

It has also introduced Web Bluetooth in the beta that lets you control Bluetooth devices through the web. This feature is not enabled by default; you have to go to opera://flags if you want to enable it. Since some are experiencing issues with pull-to-refresh, a flag in opera://flags has been added if you want to disable it.

Download Opera beta for Android from Google Play Store, if you don’t have yet.