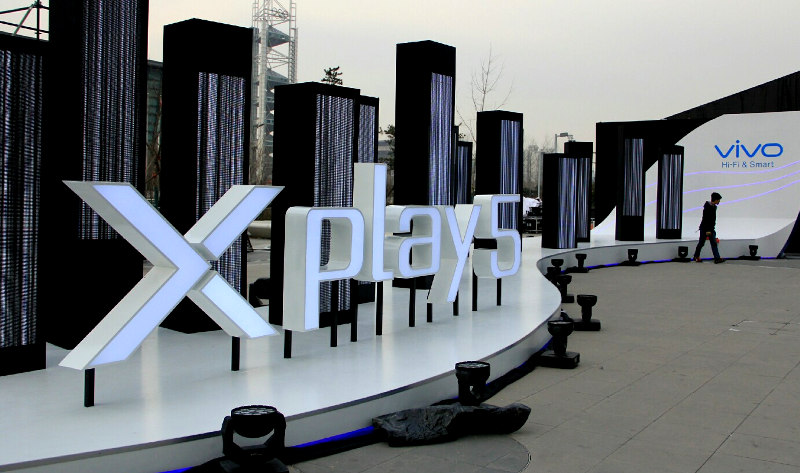 vivo already confirmed that its upcoming flagship Xplay5 smartphone will be powered by a quad-core Qualcomm Snapdragon 820 processor and pack whopping 6GB of LPDDR4 RAM. It also confirmed dual curved displays for the smartphone. Now a new leak from China (Via) reveals that it will come with a 5.43-inch Quad HD Super AMOLED display, come with 128GB of internal storage, feature Cirrus Logic CS4398 DAC and a 3600mAh battery. 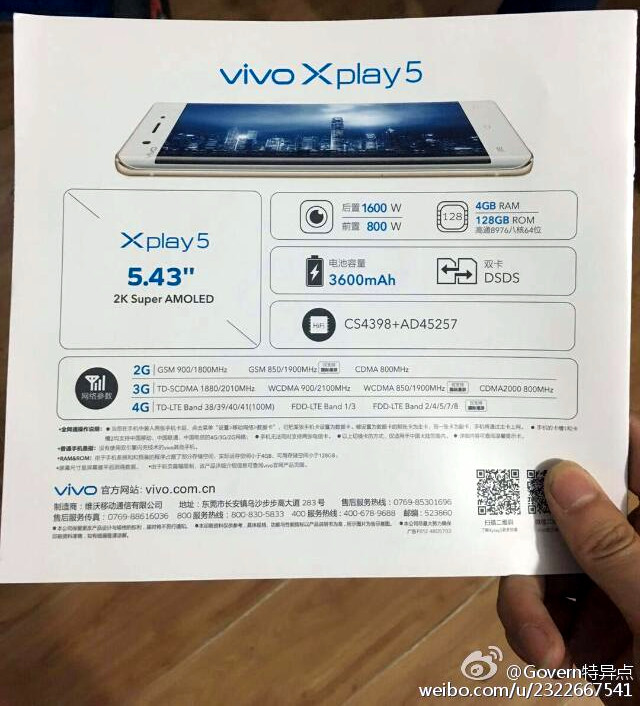 In addition it reveals that it will be powered by an Octa-Core Snapdragon 652 processor and come with 4GB of RAM, so there might be two variants of the smartphone.

The vivo Xplay5 will be officially announced at an event tomorrow at 7:30 PM China time (5:00 PM IST). We should get all the details of the smartphone at the launch tomorrow.