Things are getting more fun and expressive at Facebook. The big blue social network is finally moving beyond its quintessential ‘Like’ and embracing other popular emoticons under its new feature dubbed as Reactions. 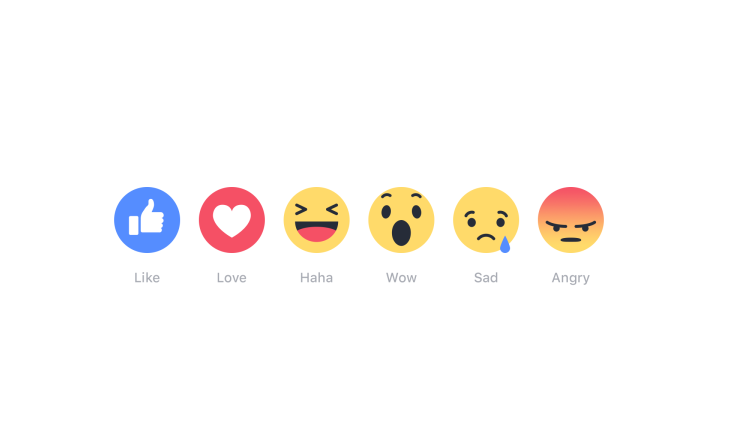 Facebook was testing Reactions since October last year on a selected group of testers and today it has announced that the feature is globally rolling out to its more than 1.55 billion users. Reactions includes six emoticons depicting various responses such as love, laughter, happiness, smile, shock, sadness and anger. In order to add a reaction, you will have to hold down the Like button on mobile or hover over the Like button on desktop to see the reaction image options, then tap either Like, Love, Haha, Wow, Sad or Angry. In its News Feed algorithm, Facebook will count each reaction in the same way it counts likes.

We’ve been listening to people and know that there should be more ways to easily and quickly express how something you see in News Feed makes you feel. That’s why today we are launching Reactions, an extension of the Like button, to give you more ways to share your reaction to a post in a quick and easy way. We understand that this is a big change, and want to be thoughtful about rolling this out.

Facebook will track the ways people use Reactions, and learn and iterate based on feedback. Reactions can’t be removed at the moment. The new addition of Reactions feature will surely increase user engagement on Facebook which will lead to increased advertising revenue. It looks like this is a gradual roll out and it might be a while till you ‘Love’ a selfie on Facebook.