Facebook’s over 1.55 billion monthly active users watch more than 100 million hours of video daily on the platform. Now, the social network is rolling out a new video feature that will allow you to send birthday wishes to friends and loved ones in a video form. 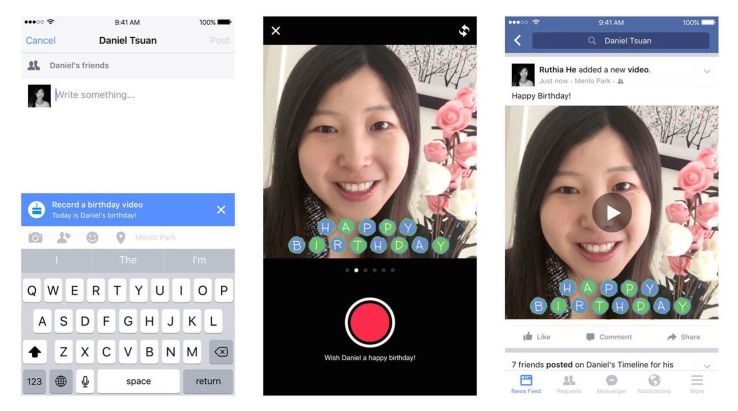 Currently available only on Facebook’s iOS app, the video feature which is dubbed as “birthday video cam” allows you to record a 15-second video that appears on a friend’s profile on their birthday. You can even add different frames before sharing it on the friend’s wall. In order to create a video, you will have to visit the profile page of your friend via the iOS app and select the banner video and from there, you can choose the option to record a video and share it on that person’s wall. The birthday video cam feature is coming to Android in few months.

Facebook executives have repeatedly stated a belief that majority of the content that is shared upon the platform will be video within the next few years. Earlier this month, the social network rolled out personalized videos on the occasion of its 12th anniversary.