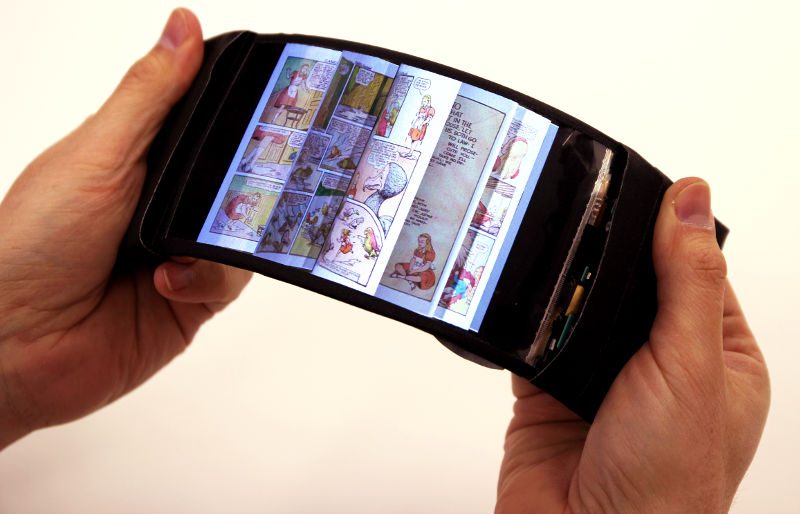 ReFlex is a flexible smartphone that has been developed by researchers at Queen’s University’s Human Media Lab that combines multitouch with bend input. This allows users to experience physical tactile feedback when interacting with the apps through bend gestures.

The phone has LG’s flexible OLED touch screen, runs on Android 4.4 (KitKat) board mounted to the side of the display and the bend sensors behind the display sense the force with which a user bends the screen, which is made available to apps for use as input.

It also features a voice coil that allows the phone to simulate forces and friction through highly detailed vibrations of the display.  In their paper, ReFlex: A Flexible Smartphone with Active Haptic Feedback for Bend Input, the researchers said that “The combination of bending, active haptic feedback, and different input-to-cursor mappings allowed us to create an extremely expressive device”.

This allows for the most accurate physical simulation of interacting with virtual data possible on a smartphone today. When a user plays the “Angry Birds” game with ReFlex, they bend the screen to stretch the sling shot. As the rubber band expands, users experience vibrations that simulate those of a real stretching rubber band. When released, the band snaps, sending a jolt through the phone and sending the bird flying across the screen.