Last week, Samsung Galaxy A9 Pro entered India for testing just days after it was reported that the phone is in works. Now, the new device in the Galaxy A series has been spotted on GFXBench which reveals detailed specifications of the phone. 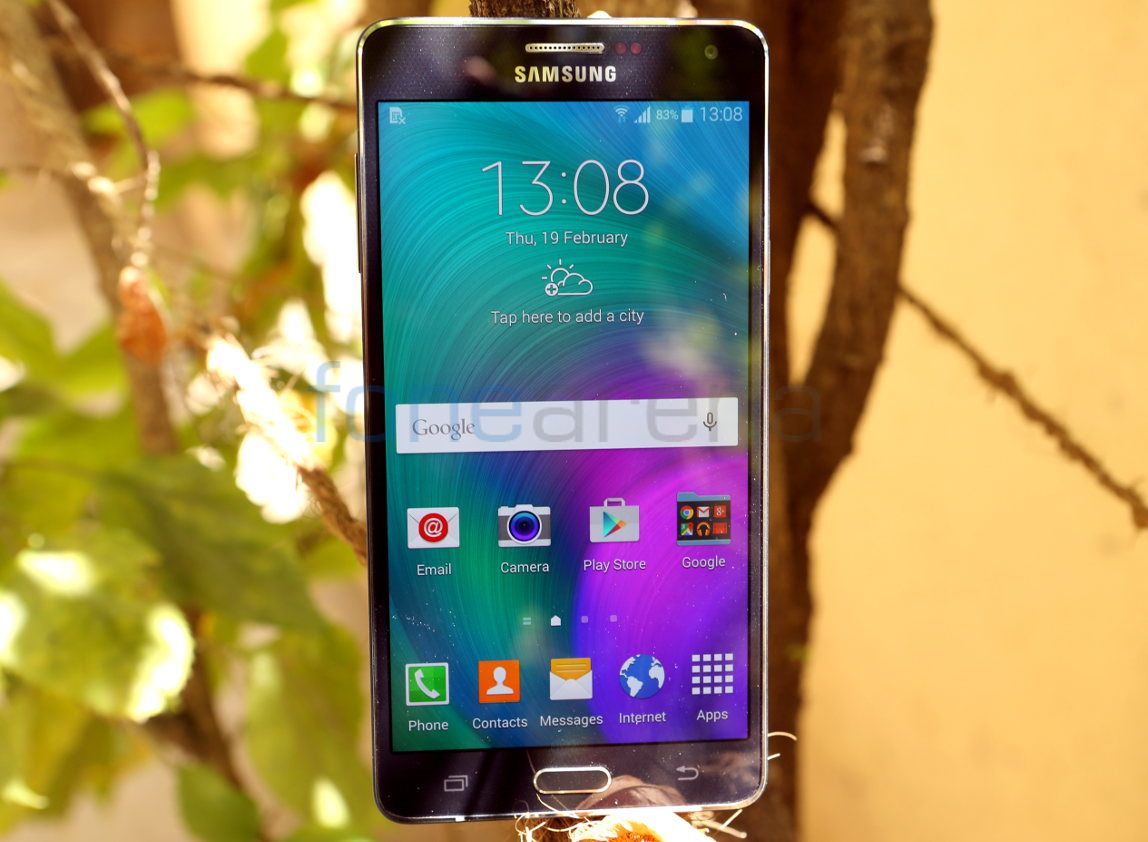 As per the benchmark listing, the phone which sports a model number SM-A9001 comes with a 5.5 inch (1920×1080) display. This is a bit unusual as the import listing showed a 6 inch display and the Galaxy A9 also has a 6 inch display so the Pro model is expected to have the same display, hence we have to wait for the official announcement to confirm the display size. Moving on, the Galaxy A9 Pro is powered by 1.8GHz octa core Qualcomm SoC, probably the Snapdragon 652 and Adreno 510 GPU. The listing also suggests 4GB RAM and 32GB internal storage of which 25GB is used. Listing says there will be a 15MP autofocus rear camera and a 7MP front-facing camera, which could mean a 16-megapixel rear camera and a 8-megapixel front camera. The Galaxy A9 Pro runs Android 6.0.1 and there is no information about the battery on the phone. 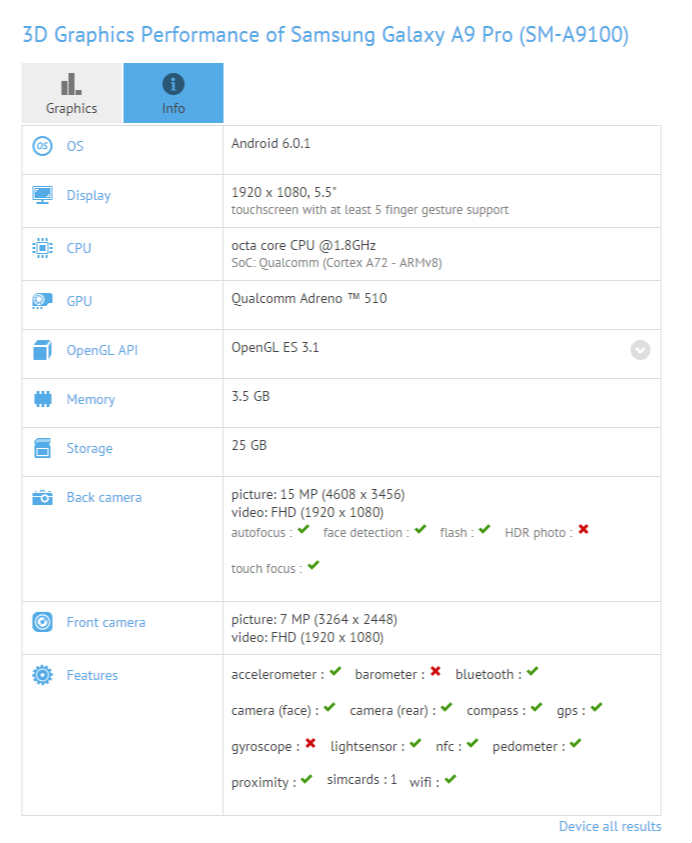 Samsung is expected to announce the Galaxy A9 Pro soon.