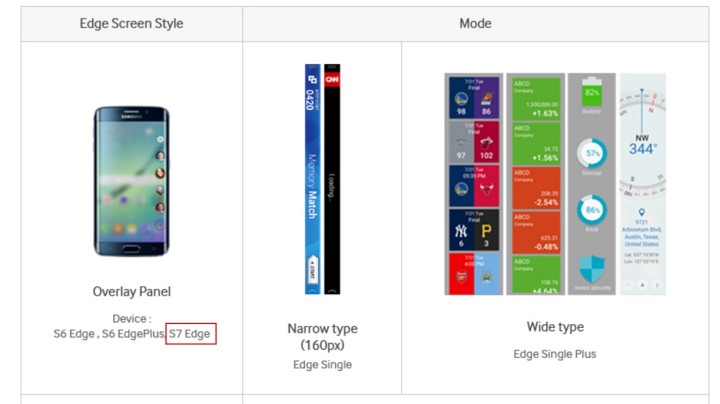 While we know almost for certain that Samsung will be introducing the Galaxy S7 and S7 edge next month Barcelona, nothing is really official till it is official. So, now that Samsung has accidentally leaked the Galaxy S7 edge on their website, the existence of the device is certain.

Samsung recently added a new section about their edge screen functionality and the S7 edge was listed along with the S6 edge and S6 edge+ thus confirming its existence. The company has since removed the S7 edge from the list of phone names so we are guessing this was accidental.

The leak also showcases that the edge feature will have both Edge Single just like the ones we have used so far as well as Edge Single Plus which offers a wider edge experience with panels offering more information. This would allow for the user to get more information at a single glance than it would with just the Edge Single panels. Whether accidental or not, any sort of confirmation is good and which means that we can see the S7 edge pretty soon as well.