WhatsApp has joined the billion users club. The Facebook owned messaging service now has over 1 billion monthly active users which translates to one in seven people on Earth. WhatsApp co-founder and CEO Jan Koum announced the latest milestone via an official post on Facebook. 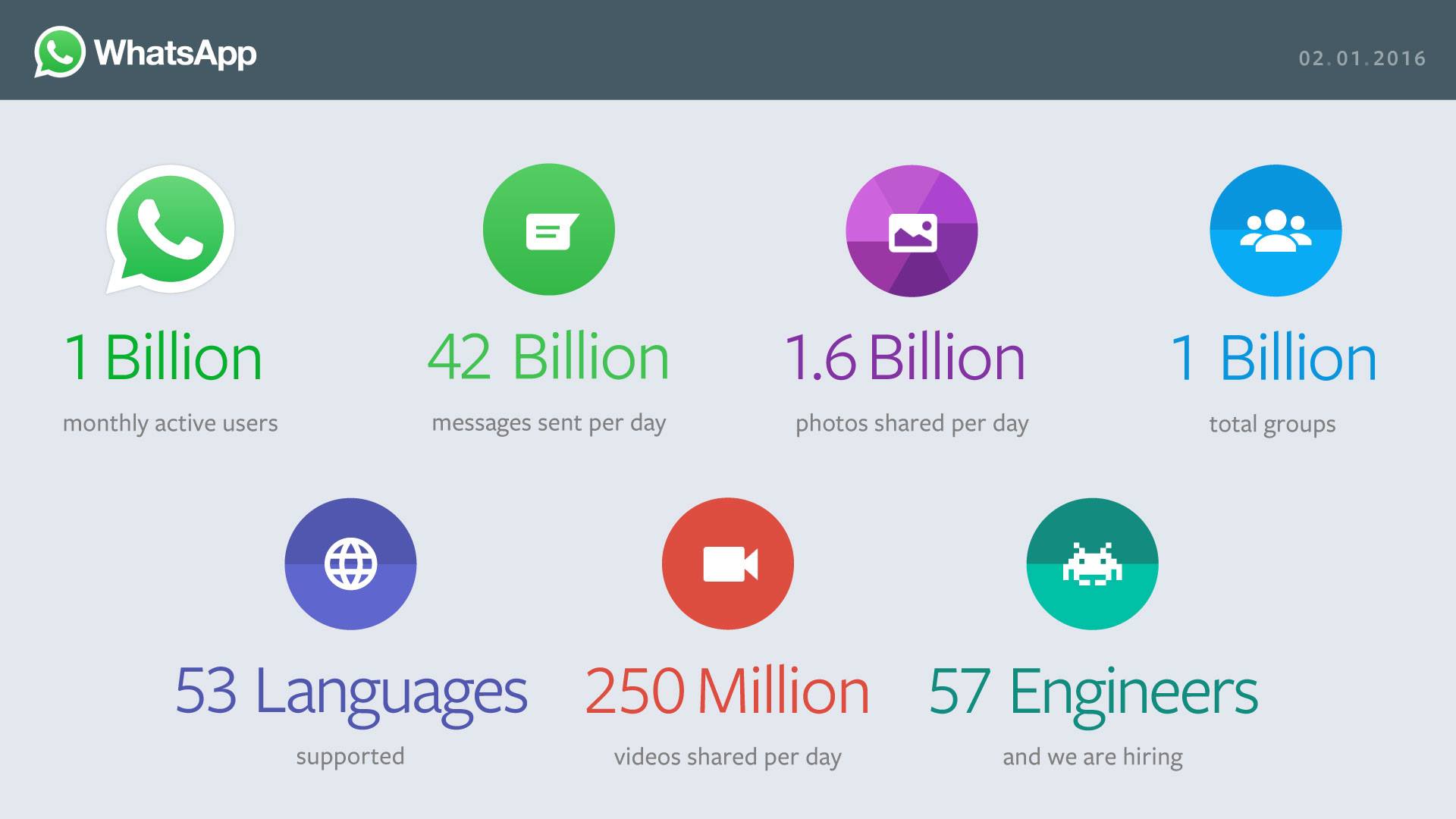 The latest announcement comes from WhatsApp two years after it was acquired by Facebook for $22 billion. WhatsApp had 900 million users as of September 2015, which means it added 100 million users in four months. Sharing some insights about WhatsApp, Koum said that over 42 billion messages are sent per day on the platform, 1.6 billion photos and 250 million videos are shared, 1 billion groups exist. Moreover, the service supports 53 languages. Last month, WhatsApp announced that it will no longer charge subscription fees for using the service.

Our mission has never changed. WhatsApp began as a simple idea: ensuring that anyone could stay in touch with family and friends anywhere on the planet, without costs or gimmicks standing in the way. So even as we celebrate this achievement, our focus remains the same

WhatsApp’s community has more than doubled since joining Facebook. We’ve added the ability for you to call loved ones far away. We’ve dropped the subscription fee and made WhatsApp completely free. Next, we’re going to work to connect more people around the world and make it easier to communicate with businesses. There are only a few services that connect more than a billion people. This milestone is an important step towards connecting the entire world.