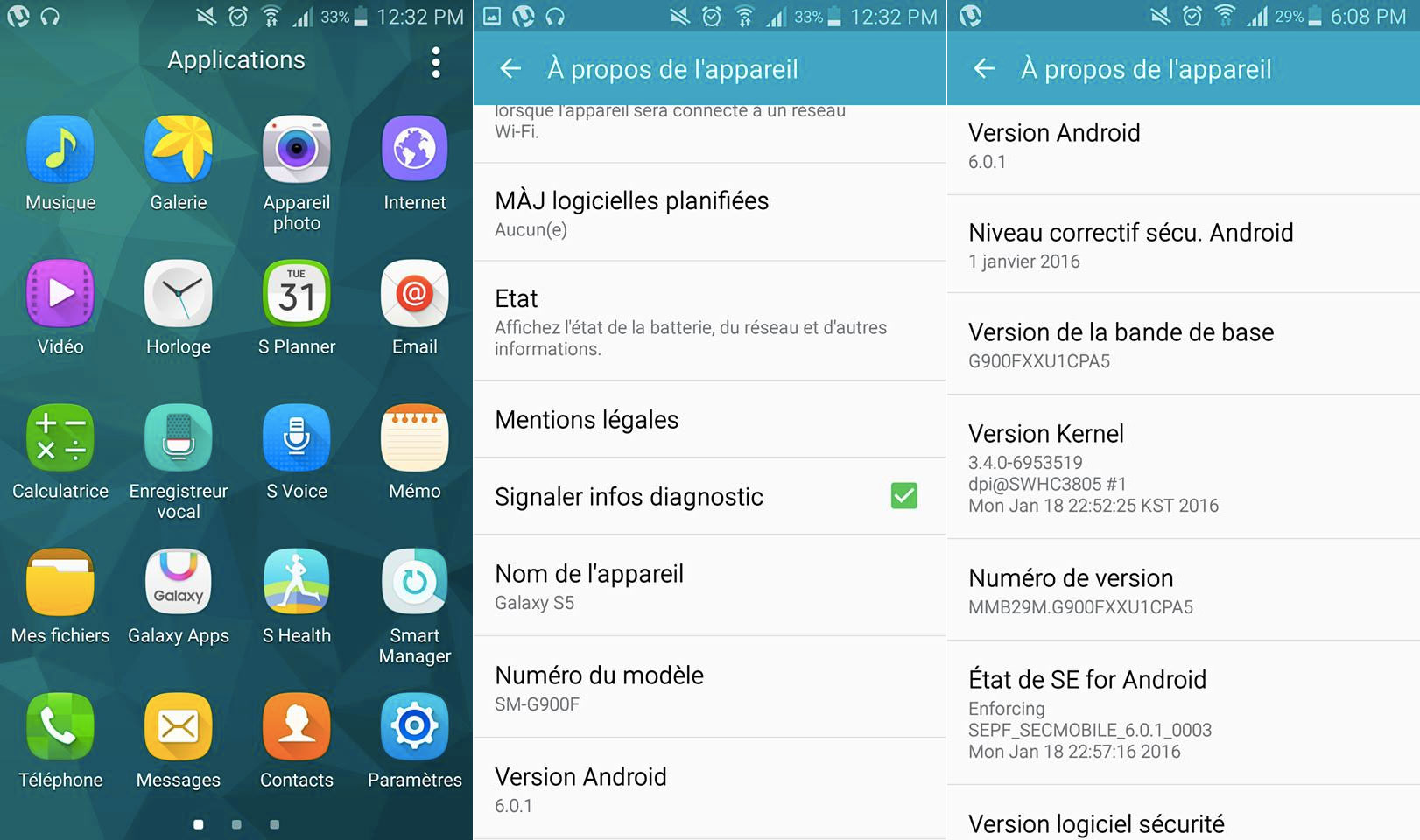 In the latter half of 2015, Samsung seeded an update to Android 6.0 Marshmallow for both the Galaxy Note5 as well as the Galaxy Note 4. This was accidental and both the smartphones are yet to receive a mass update to the latest Android version. However, it seems that another lucky user has gotten a similar update on his Galaxy S5.

The lucky user is from France and is the owner of a Galaxy S5. The update brings the phone’s version to 6.0.1 and comes with a security patch dated “1 January 2016”. This is probably because it isn’t a final build as such.

The update came on the S5 with model number SM-G900F as an OTA update and judging by the screenshots, everything seems to be real. A roadmap that was leaked last year stated that many phones would get the update to Android 6.0 Marshmallow in the first quarter of the year itself. In fact, the Note5 and S6 edge+ were expected to be update in December 2015 itself. However that didn’t happen and we are guessing that the entire upgrade schedule got pushed back. We hope that  the updates aren’t much behind schedule and that they do release the update for the handsets sometime soon.