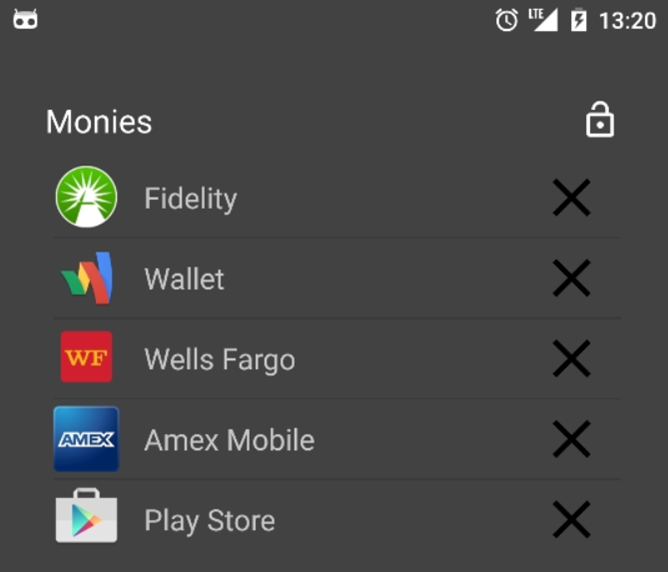 CyanogenMod has been known to release some really interesting features for Android users and this upcoming feature is one of them. The update will allow users to assign a protected status for any apps on the phone including system apps.

You can do this in several ways. One way is to have a protected folder say on your desktop and drop apps into it. Once you have “pretected” a particular app, you won’t be able to launch the app directly or even via Chrome or Play Store without proper authentication.

The method of authentication can be set according to the user’s preference. You can choose to assign a PIN, password, pattern or even use your fingerprint to authenticate it. The said feature is apparently still in the works and there has been no official announcement yet regarding when we can expect it to come out on CyanogenMod or phones that come officially with Cyanogen.

We hope that it does happen soon and that the feature will soon follow on other non CyanogenMod devices as well.