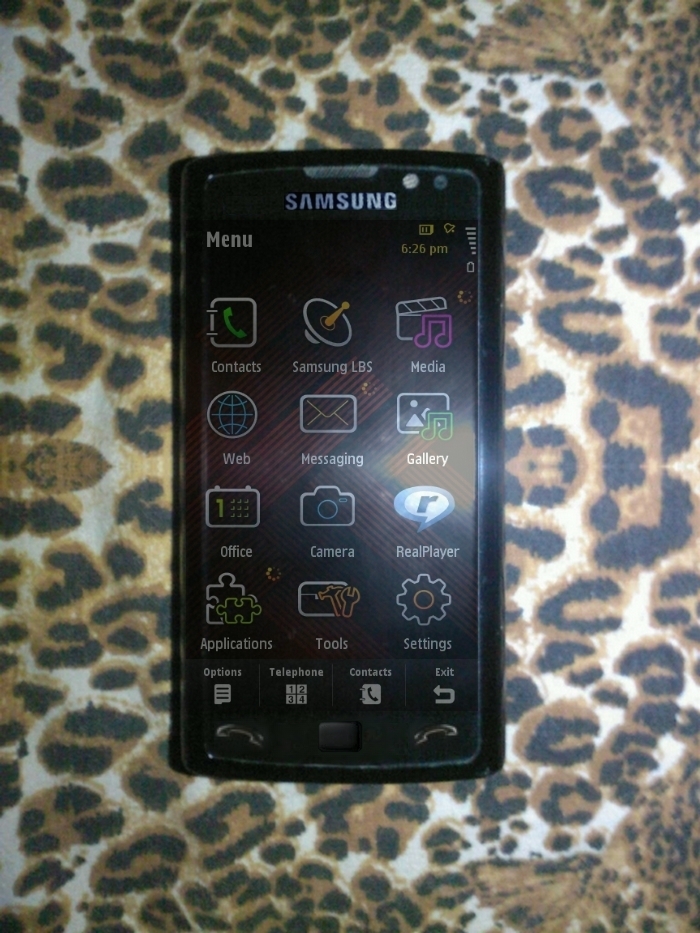 The picture shows a phone that has similar styling to the original i8910 OMNIA HD with a few tweaks. The curved body is now slightly sharper, and the chrome bezel is gone.

The call and end keys have changed shape and the center button appears to be a track-pad sort. The phone does seem a little wird in the picture so it could very well be a photo-shop too. But it may also be because the focus is on the screen.

The rumoured specifications are:

This is the only information we have for now. Lets hope this is a real handset since it appears to be quite a monster.