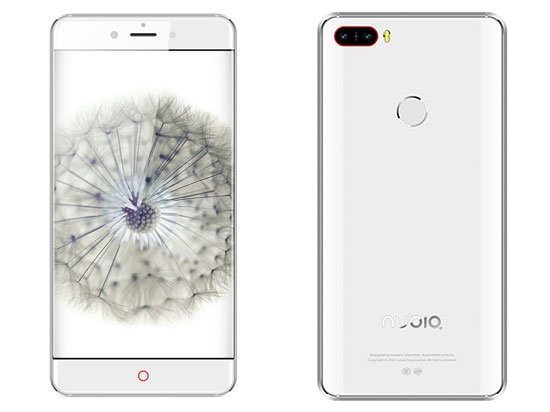 It seems that Nubia, a subsidiary of ZTE is hard at work to produce a successor to the Z9. The leaked renders of the Nubia Z11 reveal a bezel-less design just like the Z9 and dual cameras.

The Nubia Z11 will pack dual cameras at the back along with a dual-LED flash unit.  It will have a curved 2.5D glass up front along with a curved glass finish at the back that reminds us of the Galaxy Note5 from Samsung.

The back also houses a circular fingerprint sensor much like the one found on the Huawei Nexus 6P and Mate 8. Up front, you have the bezel-less display and the capacitive buttons including their trademark red circular home button.

The Z11 is expected to pack a 5.2″ display with a resolution of 1440p. It will also be among the first smartphones to be powered by the Snapdragon 820 processor and will come with 4GB of RAM as well. The main camera at the back is expected to be a 21 Megapixel unit and will come with a secondary camera for depth sensing and other features but the resolution remains unknown. The sides are made of metal and the phone will run Android 6.0 Marshmallow out of the box when it is expected to release in April this year.