Facebook is working hard on making Messenger more than just a instant messaging app. The social network has announced that users can now request an Uber ride directly through Facebook Messenger. 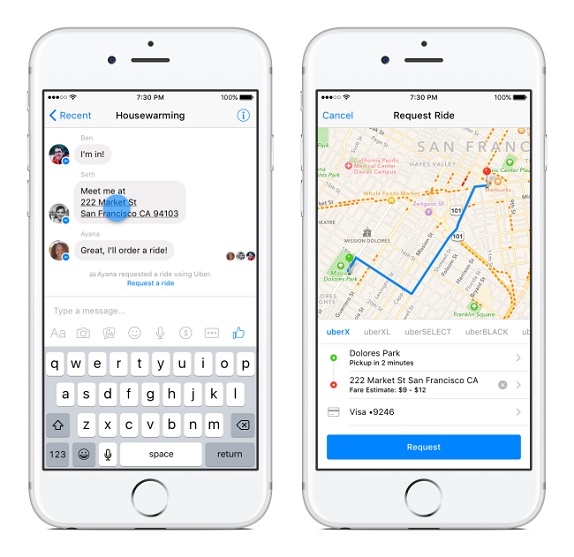 After downloading the latest Messenger app you can tap the more menu and choose Transportation options or if your destination’s address has already been mentioned in the conversation, you can simply tap it to order a car. If you use Uber often enough through Messenger, a car icon will appear in your toolbar automatically along with buttons for changing the font and other shortcuts. From there, you will receive updates on your driver’s status and notify your friends that you have called a ride. Users will be able to request, track and pay for a ride in Messenger itself sparing you the need of leaving the conversation and going to the Uber app to request a ride.

Facebook says that you do not need to have the Uber app on your mobile in order to use this feature. As an introductory offer you can get a free ride the first time you use this feature with Uber. The service will be introduced in the United States first and only in cities that have Uber, with plans for international expansion later.