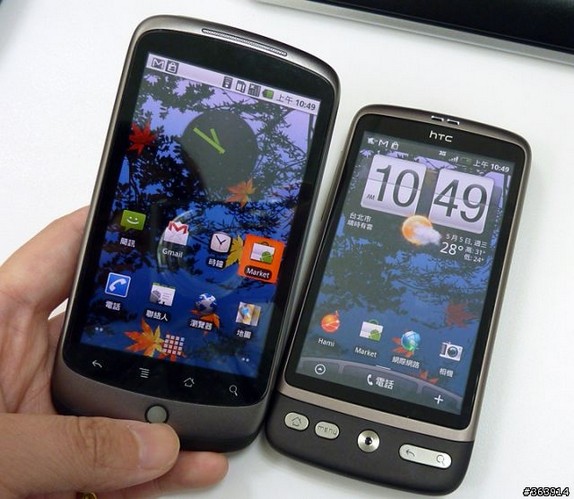 We have seen the Google Nexus One and the HTC Desire separately. Now we found a photo gallery which shows both these Android phones side by Side. As you can see in the pics, the HTC Desire sports the famous HTC Sense UI which is missing on the Nexus One. Also the trackball on the N1 is replaced by the optical trackpad on the Desire. Also the touch sensitive keys on the N1 get physical keys on the Desire. We know a lot of users might prefer the Desire over the N1 from our previous coverage. But we ask again Nexus One or Desire ?

Also if you notice the Desire is slightly thicker than the N1. But if you put aside these differences both the phones are pretty much the same considering the fact that they run on Android 2.1 OS.