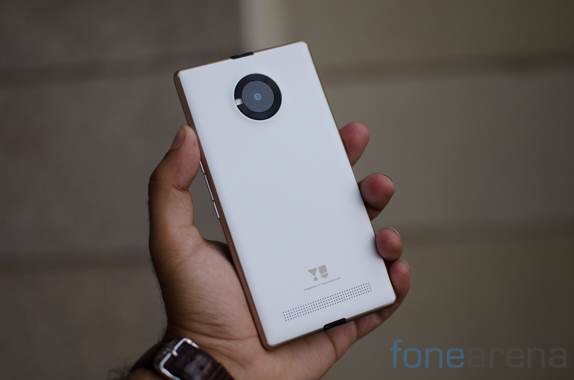 A new leak on GeekBench reveals that YU might be planning to launch a more powerful and updated version of the YUPHORIA alongside the YUTOPIA.

The original YUPHORIA was launched earlier this year and came with a 5″ 720p display, 2GB RAM, 16GB memory, 8 Megapixel Camera and a 5 Megapixel front facing camera. It was also powered by a quad-core Snapdragon 410 processor. The old YUPHORIA has a model number YU5010 while the new one is said to be called the YU6000. Although the new one has more power and better specs, it is a smaller device. 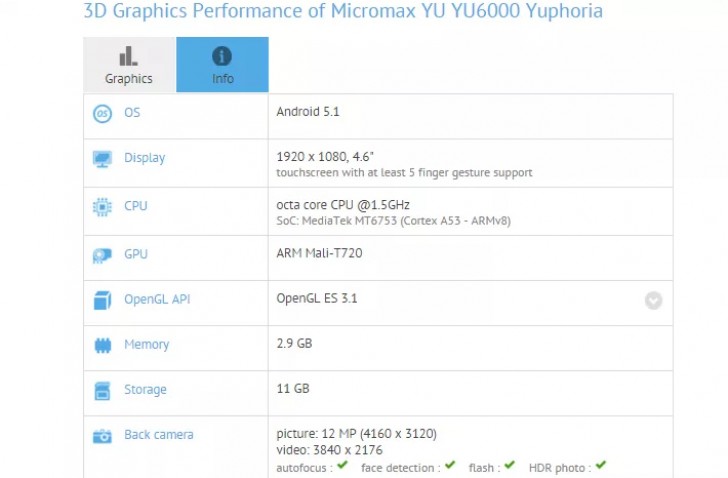 The YU6000 is expected to pack a smaller 4.6″ display but with a denser 1080p resolution. It will have a 12 Megapixel camera at the back along with an 8 Megapixel shooter at the front. It will be powered by an octa-core Mediatek MT6753 processor and will have 3GB of RAM along with 16GB of built-in memory.  Rumors indicate that the new YUPHORIA will be announced alongside the YUTOPIA which is a Snapdragon 810 packed smartphone that YU has been teasing for a while.