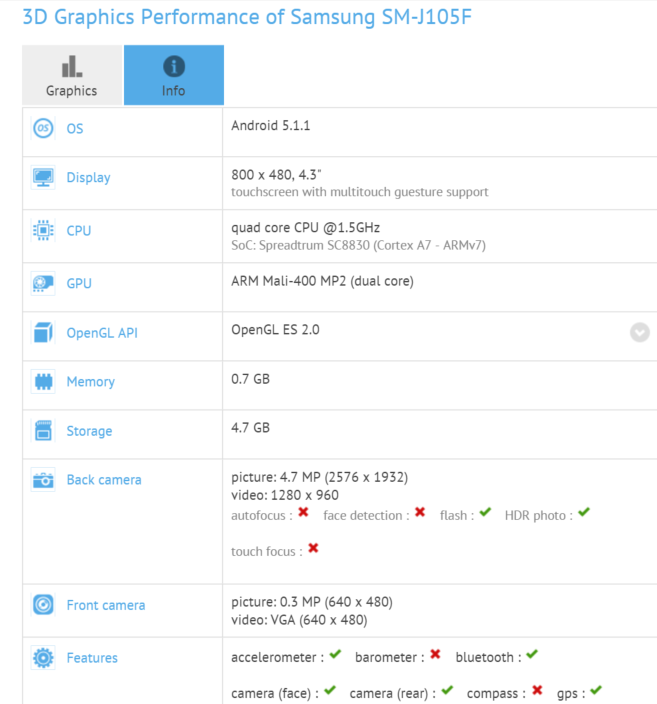 A new low-end Samsung smartphone has been leaked online through various sources. The handset in question is the Samsung Galaxy J1 mini, a smaller and lower end version of the Galaxy J1.

The device is packing a 4.3″ display with 800×480 pixels resolution. It is powered by a Spreadtrum SC8830 quad-core processor clocked in at 1.5GHz and has 1GB of RAM as well. The primary camera is a 5 Megapixel camera and the front facing camera is a VGA unit. The listing reveals that the smartphone is running on Android Lollipop 5.1.1.

The J1 Mini was also brought into India for testing. The units were imported from South Korea to New Delhi. But the model in the listing is said to have a 4 inch display instead. The value of each unit is stated at around Rs 3300 (Around US$ 50) although the price should increase after taxes and other charges. An import listing usually means the phone is close to launch so we could possibly expect a release in India very soon.