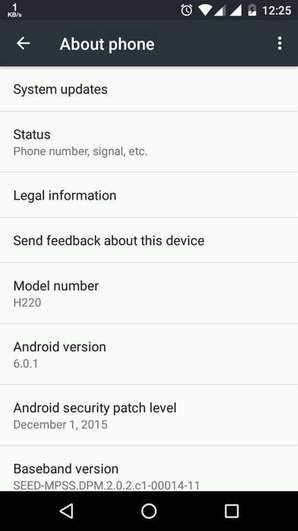 It seems that some Android One devices are already receiving the update to Android 6.0.1 Marshmallow. What is even more surprising is that the update includes the security patch for the month of December 2015.

Since Android One devices typically share practically identical hardware, it makes it easier for Google to roll out updates faster to these devices. This update is just an example of how fast, these updates can be since most Android One devices only just got the update to Android 6.0. Another important thing to note is that the update to 6.0.1 isn’t yet out for Nexus devices.

There isn’t any changelog yet for the update so we’ll just have to wait and see what has been changed and improved. The update is rolling out to a few Android devices at the moment but may take a while before it reaches your particular unit. There are flashable ROMs available for some of the devices, but we suggest that you wait for the proper OTA update to be safe.