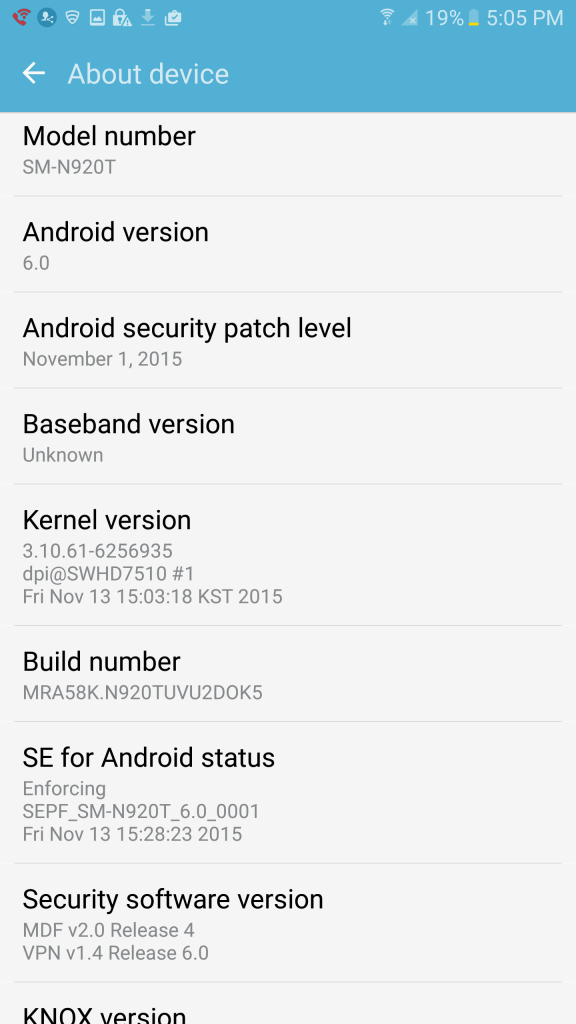 Just yesterday, we reported the leaked roadmap for the Android 6.0 Marshmallow upgrade path for Samsung phones. In the roadmap, the Galaxy Note5 along with the S6 edge+ was scheduled to receive an update to Marshmallow in December 2015. However, one lucky user has apparently already received the update to Marshmallow on his T-Mobile Note5.

Coincidence or not, the owner of the said Note5 is a senior member at XDA forums. Apparently he received an OTA update notification and proceeded with the install. He only noticed that the update was for Marshmallow later on.

Subsequently, he created a thread on XDA forums to state what happened and to request fellow experts into helping him create a system dump for everyone to port to their devices. It is also ironic that the update was accidentally seeded to a T-Mobile unit since carrier branded models often take longer than generic or carrier free variants to receive an update.

According to T-Mobile’s update tracker, the update for the Note5 is still in its testing phase and while we don’t know for certain how this update got leaked, it still is good news for many who are waiting to try Marshmallow on their devices.